If you love jewelry, December is a fantastic month to have a birthday because you can wear four different stones for your month: turquoise, topaz, tanzanite, and zircon. Each stone has its own meaning, but what they all have in common is that each stone is a beautiful shade of blue. The stunning blues match with the cold month because blues are associated with ice. It is also considered a cool color in the color wheel. Topaz and zircon stones can be found in several other colors, but blue is the color used for December birthstones.

Turquoise is a gorgeous stone that is frequently used in jewelry. With a name that is also used to indicate a color, the look of a turquoise stone makes it impossible to mistake it for any other stone. Though it does denote a particular color, it does come in several different shades, ranging from a light color to a tint that is similar to a robin’s egg.

Turquoise is a stone that is well-known all around the world, and has been popular for millennia because of its stunning appearance. One of the first known uses of the stone as a piece of jewelry or art was during the Egyptian Civilization, and turquoise jewelry has been dated back as far as 3000 BC.

It was often used in rings, necklaces, and burial masks. It was also used in ancient Persian décor, even in their writings. During this era, the stone was used as a sign of victory.

Turquoise was also mined in the Americas before the arrival of Christopher Columbus. For some of the indigenous people, it was used during ceremonies for communicating with sky spirits. Others, like the Apache, used turquoise in their weaponry to improve aim, including on guns after they were introduced into the Americas. The Aztecs similarly believed that turquoise had the ability to protect, so they used it in ceremonies, shields, and weapons.

Turquoise was traditionally mined in and is native to arid locations. It is formed when rainwater dissolves copper, then mixes with phosphorus and aluminum. The shade of blue is primarily created by the copper , while additional hues are added when iron and chrome mix with the forming stone.

Because of the way it is formed, the stone is sensitive to its surroundings. Things like sunlight, perfume, and makeup can affect it. It is soft stone, which means you need to be careful with a turquoise stone to ensure it retains its beautiful appearance. 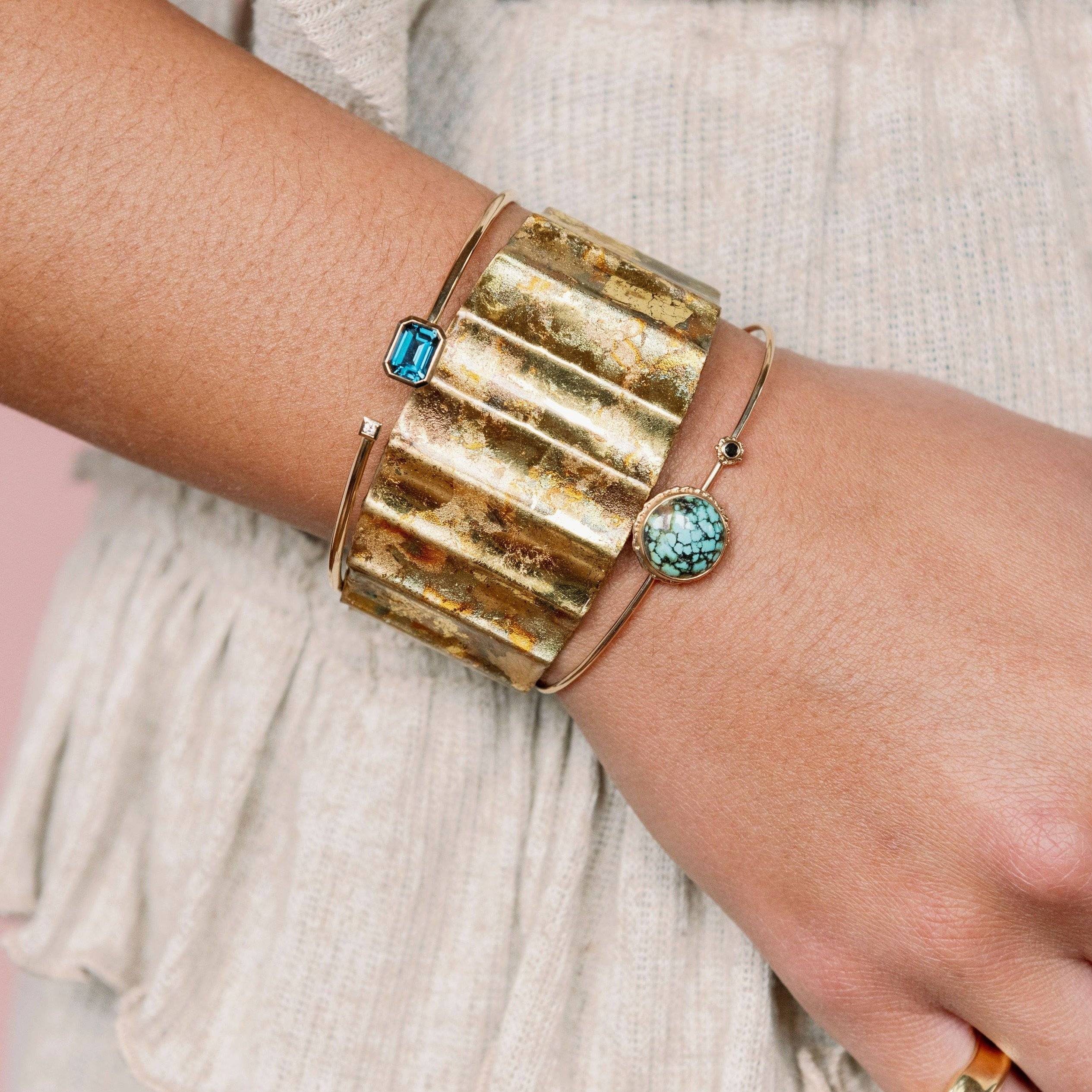 Topaz is a popular birthstone because it comes in more than one color. For December babies, you will find the startlingly beautiful pale blue topaz is one of your stones. To learn about the interesting history and details about this startling stone, you can check out the November post.

Tanzanite is a dazzling stone that has a fairly short history. Unlike the other December birthstones, it is a modern stone that is developing its history and place in gemstone history.

There is no way to know exactly when the other birthstones started being used because of the length of time they have been popular for use in décor and jewelry. The history of tanzanite is well detailed because it was first encountered in Tanzania in 1967 by a prospector. Initially, the prospector thought he had found sapphire, but it was established to be a stone that had been known about for about 100 years.

The brilliant stone had not been used previously, even though it was a known stone. The first large distributor for the stone was the renowned Tiffany, who renamed it tanzanite, believing that the original name of blue zoisite sounded too similar to the word suicide to attract positive attention.

Once Tiffany started using the stone for their artistic works, its popularity began to take off. One of the reasons it has become so popular is because it is an exclusive stone that may be depleted within the next 30 years.

One of the first things you notice about tanzanite is the striking blue color. While it is known for being blue, tanzanite actually can be found in several different colors depending on the angle at which you view it.

Many different cuts of tanzanite work to bring out the different colors it can reflect. A startling, deep blue is the most common color, and is exquisite on its own. It can also appear to be violet or brown.

Saved for last, Zircon has an incredibly long history. As one of the oldest known minerals on Earth, it has been intricately woven into human history. Despite its beauty, this is an incredibly durable stone. Blue zircon has a cloudy or smoky appearance that makes it easy to think of the sky when gazing on it. 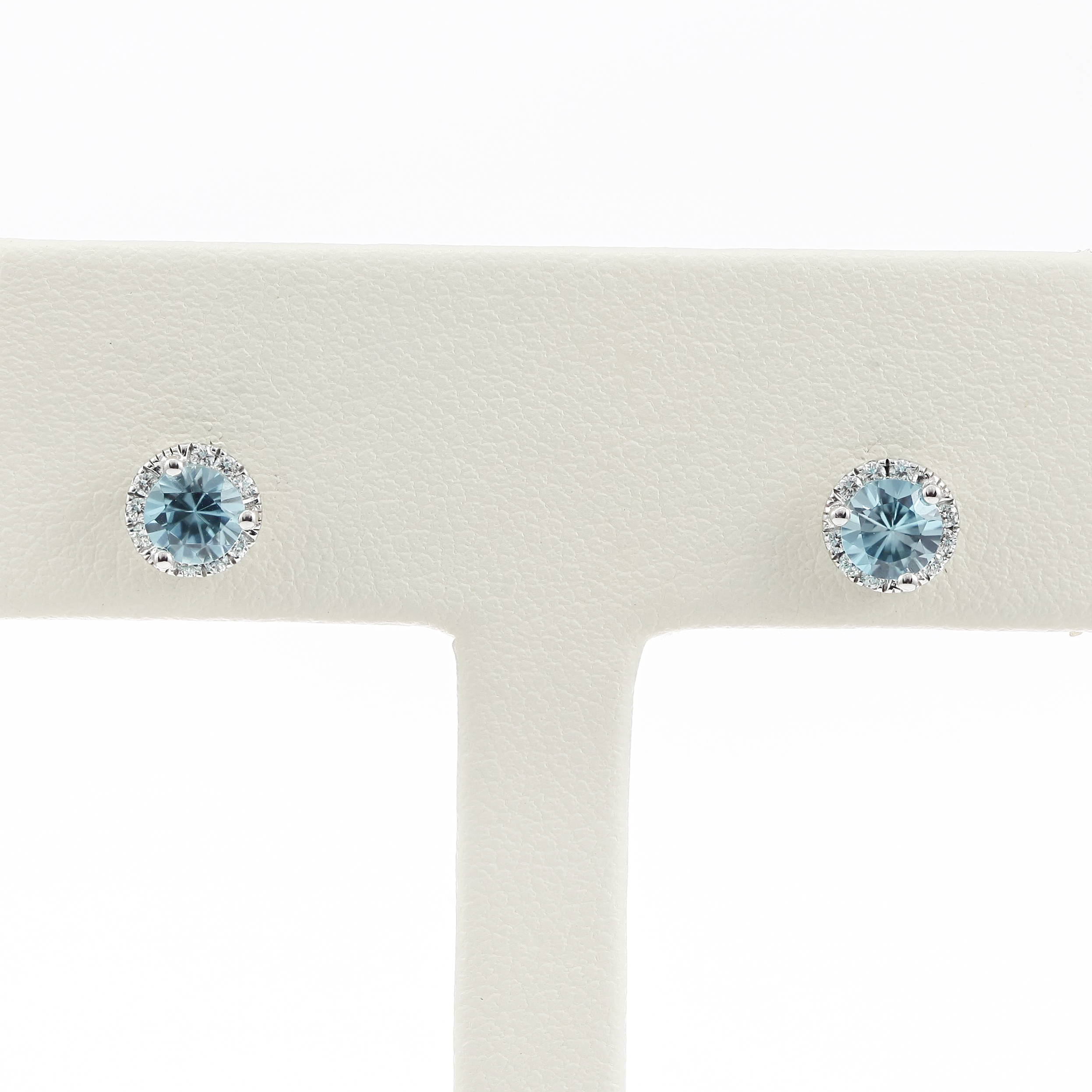 Outside of the jewelry business, zircon has actually been used to better understand the history of the planet. Scientists have been able to date this stone as far back as more than 4.4 billion years ago.

Some of the most interesting uses of the stellar stone was during the Middle Ages when superstition was treated as fact. They believed that zircon had powers that would protect people, including being able to help them ward off evil. It was also thought that zircon could make a person wiser or more prosperous.

During the Victorian Era, this stone again became popular. Since it comes in the more muted color blue, it was used by families in mourning.

The stone’s purpose again changed soon after the turn of the 20th century when the jewelry industry began to use the heat treatment. The purpose of this treatment was to make the colors stand out even more. The brighter blue of the stone made it more popular for use in ceramics, in addition to its inclusion in jewelry. Now, 100 years later, we view zircon as a stone to reflect compassion and confidence. This makes it perfect for December babies.

Its amazing color comes from its strange composition, which include radioactive uranium. When heat treated, its color is more startling than when it is untreated, giving you several options for different shades of blue for your jewelry.

Though it is not nearly as popular as the other stones, it has a much longer history that you can capture in your jewelry. It gives you a talking point for your jewelry as well.

With all of the December stones available to you, you can really have a great piece that will look fantastic. If you would like a custom piece from any one of these stones, or maybe using all of them, we can help you decide where to get started. You can even come up with several pieces to go with all of the holiday parties and gatherings that you are likely to attend this year. Topaz is also a November stone, so if someone you love is a November baby, you can get matching pieces.