November Birthstone Jewelry: Citrine & Topaz Skip to content
We will be closed on Monday, May 30.Hope you have a happy and safe Memorial Day weekend!

If you have a November birthday, you are fortunate enough to have your choice of birthstone – the topaz or citrine.

Both of these stones are bright, adding flair to any outfit, which is particularly nice as you enter the darkest days of the year. Having a bright, friendly color to accent your outfits will inject some sunshine into the cold, dark days of winter.

Citrine is the less well-known of the two stones, but throughout history it has often been confused for topaz. It is actually a type of quartz with a unique yellow or orange color.

Given how sunny and happy the appearance of the stone is, it has become quite popular, yet it is still very affordable.

Not only is citrine one of the two birthstones for November, it is also the stone for celebrating a couple’s 13th wedding anniversary.

Citrine comes in all of the different hot colors in the color spectrum including:

This variety of color makes it a perfect stone for any piece of jewelry. You can change the way you look while still enjoying the beauty of your birthstone. 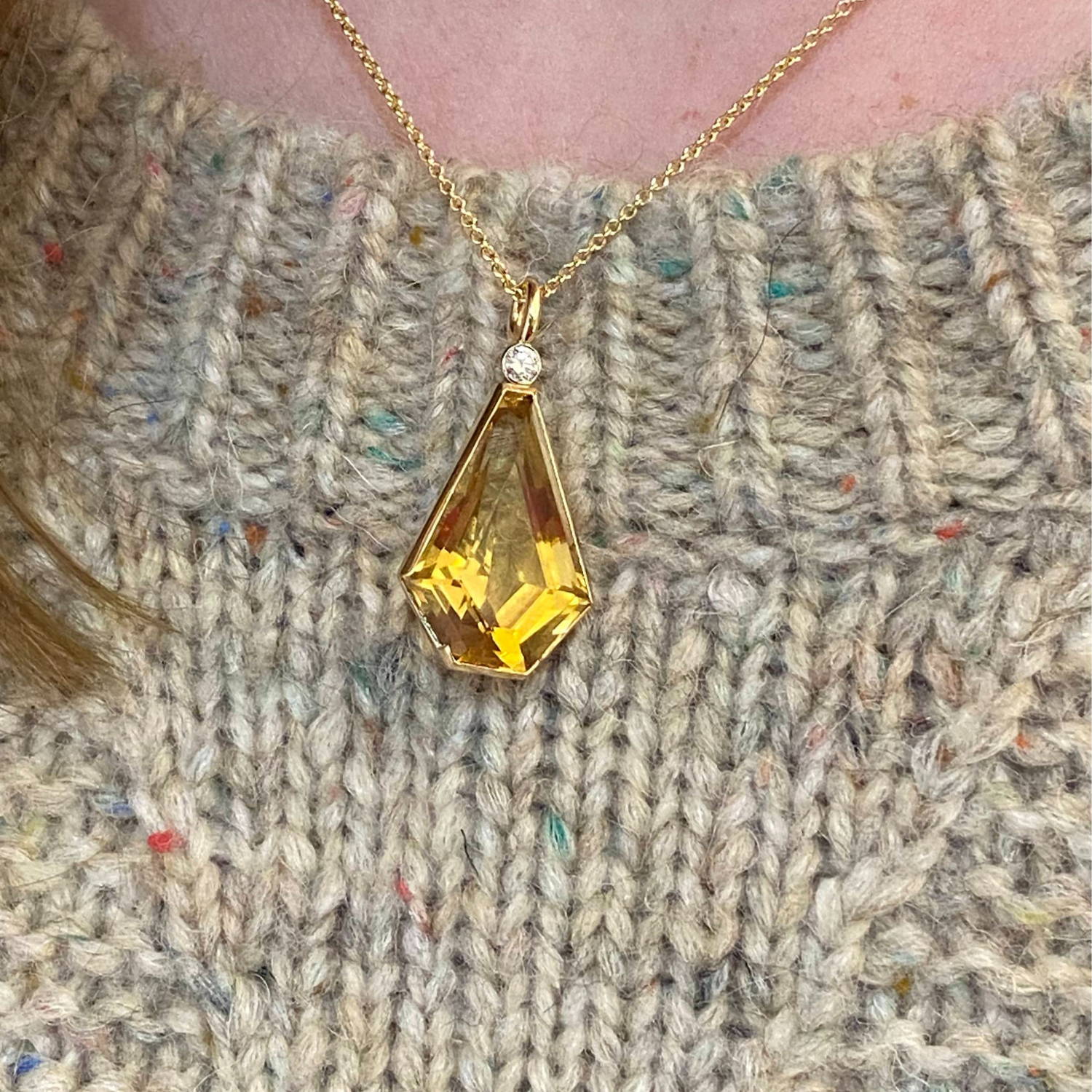 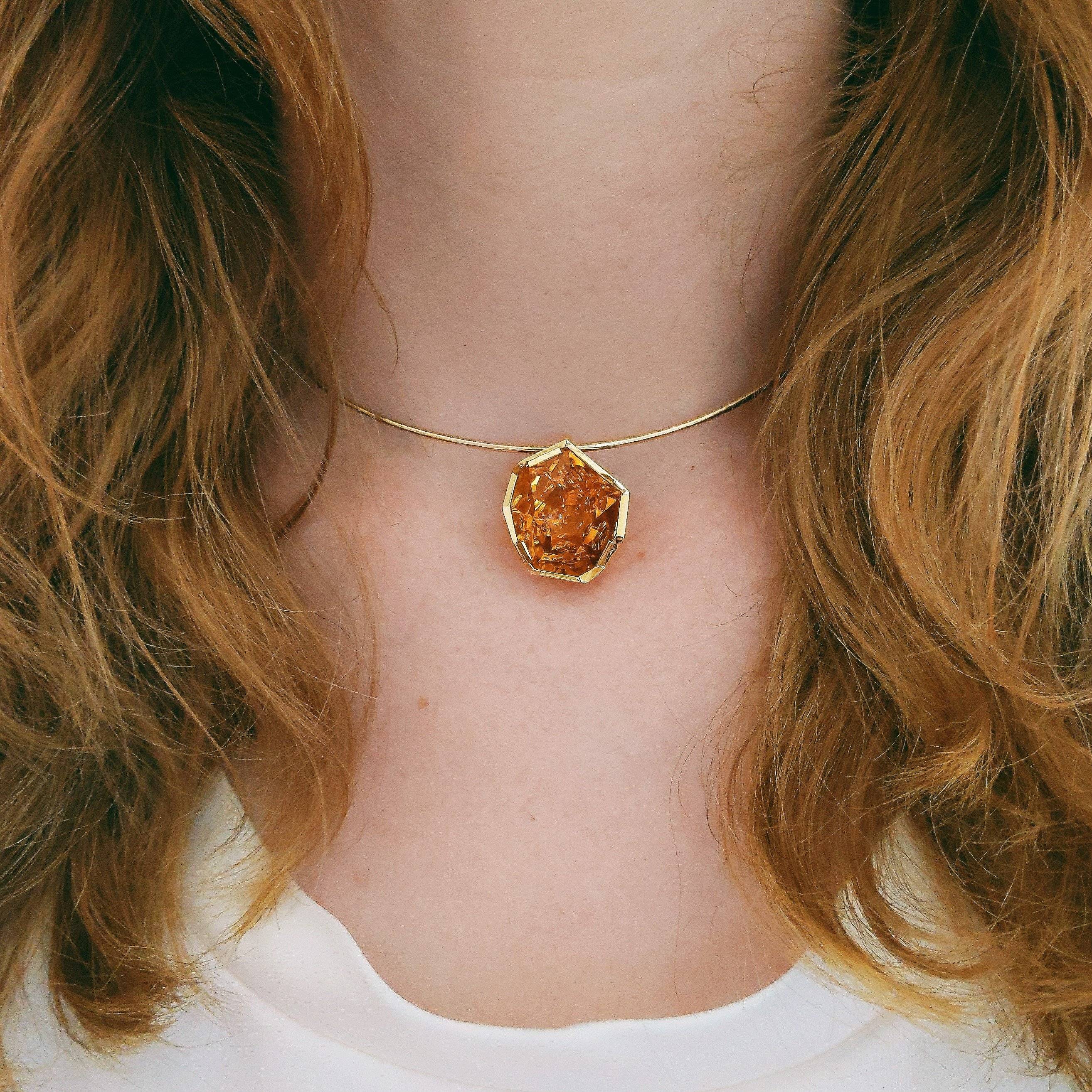 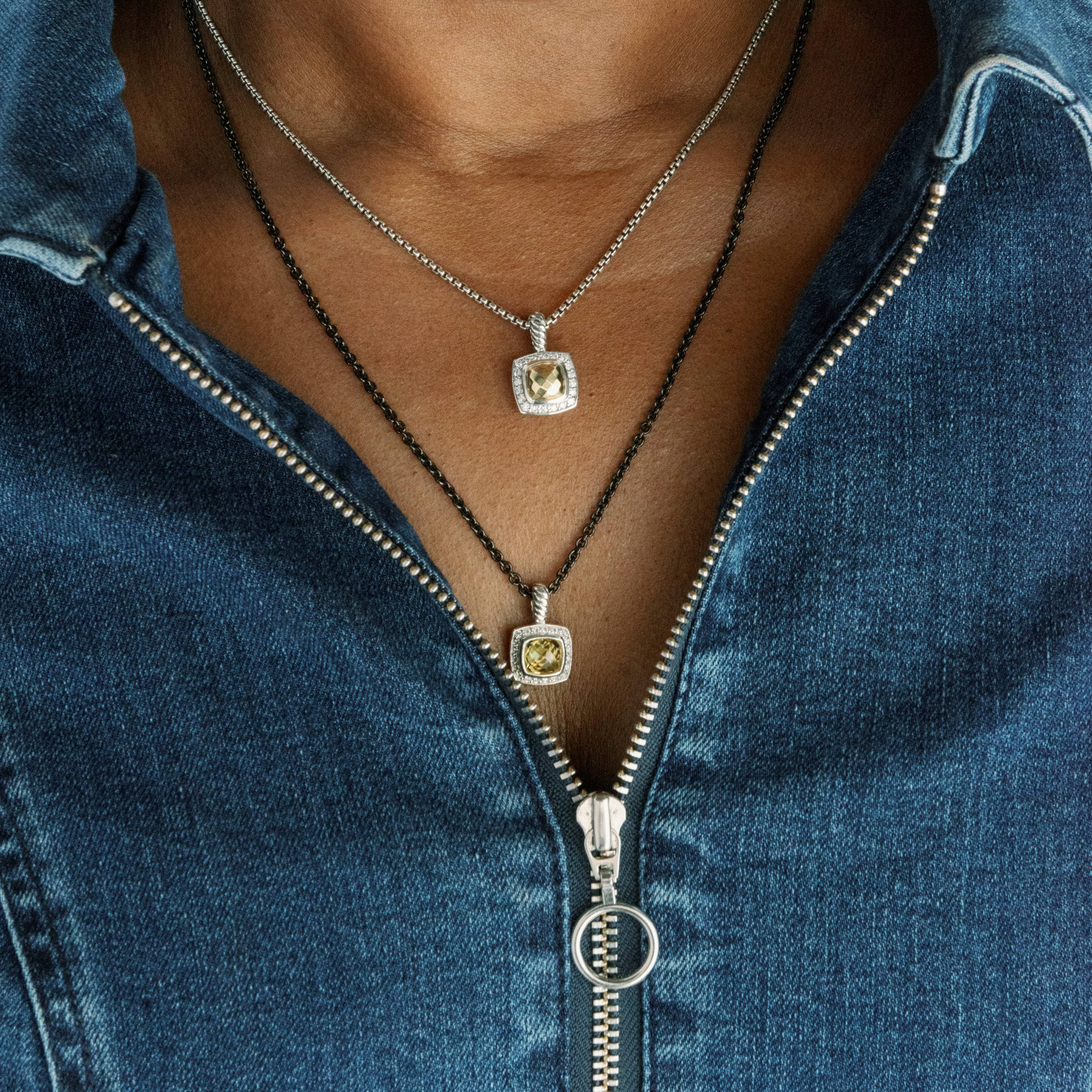 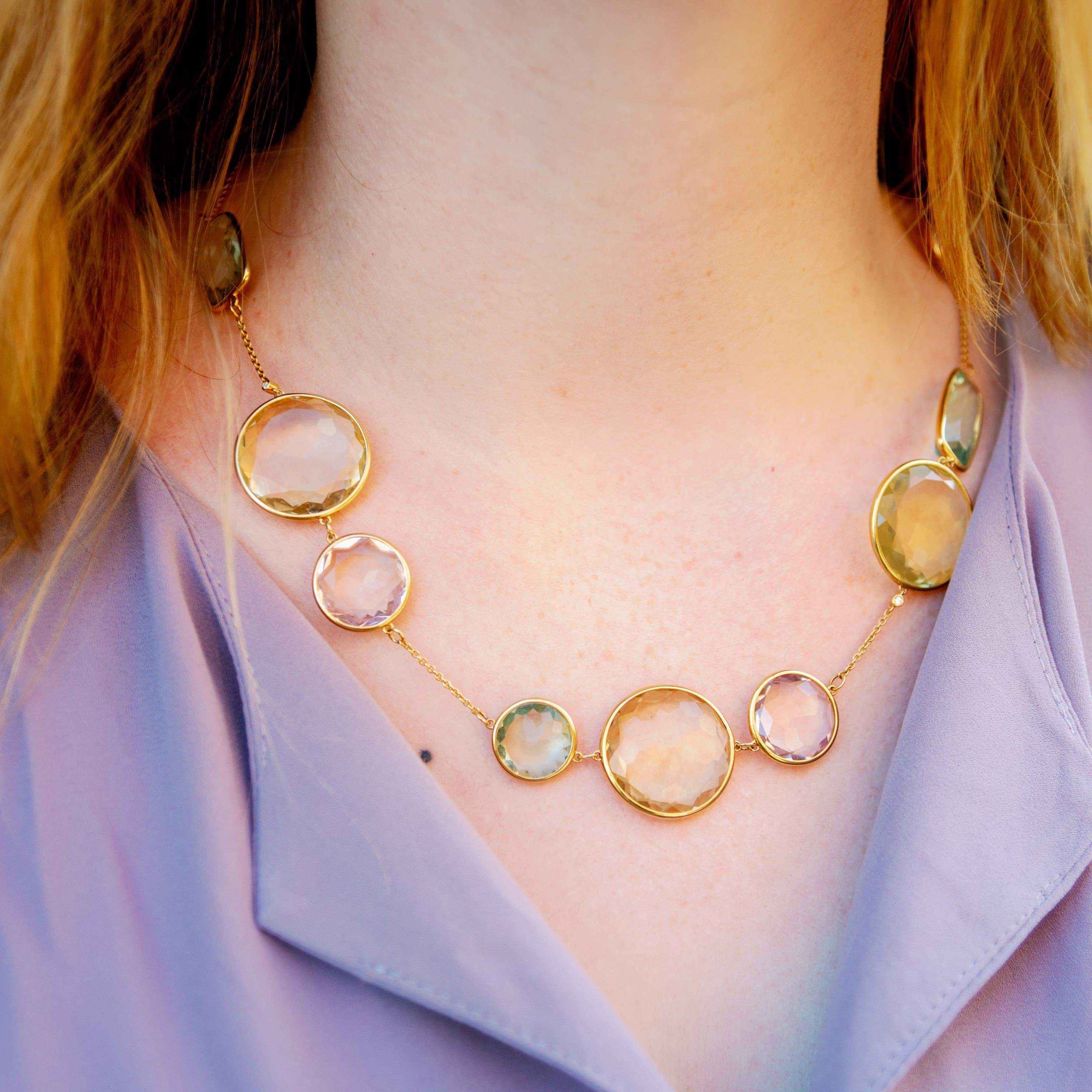 Both the Greeks and the Romans used it in their rings and ornaments.

Citrine is actually rather rare in nature. This means that many of the stones you see in stores are the result of either heat treatment to an amethyst quartz stone or are synthetically made. To ensure you are receiving the best value and natural citrine, it is important to go to a reputable jewelry store. 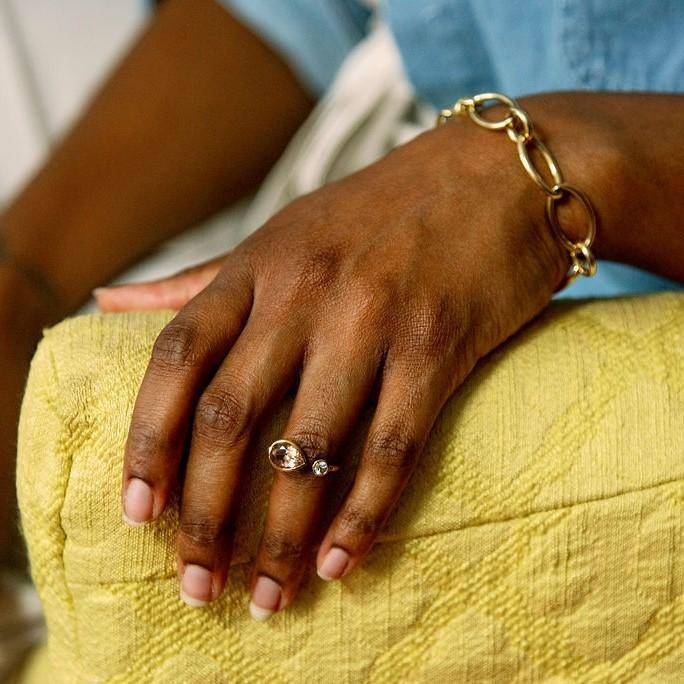 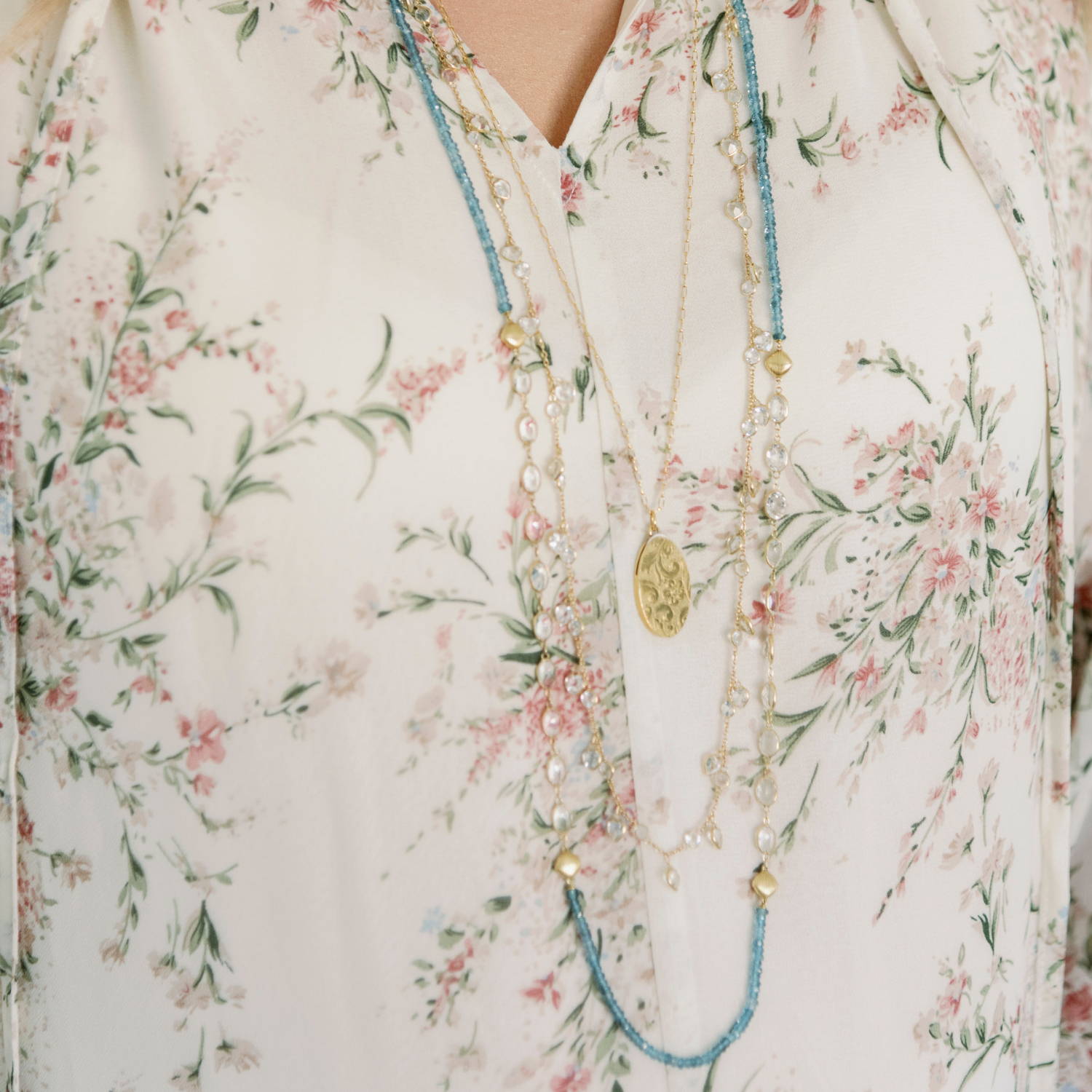 Most people think of a stunning blue gem when they hear the word topaz, but the gem actually has a wide range of colors that includes brown, green, yellow, orange, red, pink, and purple.

There is also colorless topaz, known as white topaz, which is used also in jewelry and is used in beautiful rings and earrings. Precious topaz is actually one of the birthstones for November, while blue topaz specifically is a birthstone for December.

Topaz is a pleochroic, meaning that the gem reflects different colors based on the direction that you are viewing the crystal from. Color is the most important quality factor for precious topaz and therefore is the greatest factor in value. Colors that range from orange to pink to red to purple hold increased value, sometimes given the name ‘imperial’ topaz. In fact, in September 2018 the Smithsonian acquired an extraordinary 48.86ct red topaz, one of the finest imperial/precious topaz gemstones in the world.

In addition to being one of the two beautiful stones for November, it is also the gem used to celebrate a couples' 23rd wedding anniversary.

Like citrine, topaz has been used by many different civilizations throughout history. Early civilizations frequently used the stone, but it gained new attention during the Renaissance. It was seen as representing physical strength in early European civilizations, and during da Vinci’s time it was seen as a way of dispelling magic and anger.

In India, topaz is believed to extend a person’s life when worn above the heart, as well as making a person both more intelligent and beautiful.

Even Russia has a long history with the gem. As a major source of the gem, the Russian Ural Mountains provided the Russian monarchy with startlingly beautiful pink gems. Only those in the royal family were allowed to wear them.

You DOn't Have to Choose

Both of these stones are actually great complements to each other, so you don’t have to pick a single one. They aren’t as rare as some of the other birthstones either. This means that you can more easily afford one or both of the gems.

Since topaz comes in several different colors, and citrine has many different shades of the hot color spectrum, you can make an amazing piece of jewelry that plays these two stunning gems against each other.

Both November birthstones are beautiful options, making it easy to change up your look or to match whatever mood you are in. Note that we’ve also included blue topaz to help you with your holiday shopping and to give you gift ideas for December babies!