If you Google 'diamonds' for quotes, memes, images, and info, literally thousands of results will appear. That’s because diamonds have stood the test of time and remain (arguably) the most prized gemstone of all. It’s the iconic symbol of love eternal, beloved by April babies, and an amazing reflection of what millions of years and pressure can do to carbon.

Today diamond jewelry can fit every style and budget, from classic diamond stud earrings and diamond pendants to trendsetting styles. No matter how you choose to wear diamonds, you’ll always win. Read on to learn more about this queen of all gemstones.

The history of diamonds dates back to ancient civilizations, whose people believed that diamonds were lightning made real on Earth. Diamonds were associated with having great healing powers. They began appearing in India and were traded as early as the fourth century BC. Over time, they became status symbols for royalty and the wealthy.

A few hundred years later, diamonds began appearing in medieval markets in Venice, including the first reports of cut diamonds. By the 1400s, diamond jewelry was becoming a necessity for the elite classes across Europe.

Today we often think of diamond engagement rings as the quintessential diamond jewelry piece, but it wasn’t until 1477 that the first diamond ring was given as an engagement ring (Archduke Maximillian of Austria gave one to Mary of Burgundy).

Throughout history there have been several famous diamonds, such as the 45.52ct blue Hope Diamond, which belonged to King Louis XIV of France. There’s also the Cullinan I diamond, a pear-shaped 530ct diamond also known as the Great Star of Africa, which is set in the Royal Sceptre and housed with the Crown Jewels in the Tower of London. Also part of the Crown Jewelers and housed in the Tower of London is the Koh-i-Noor diamond, a 105.6ct beauty that has an interesting history and was likely mined in Golcanda, India. 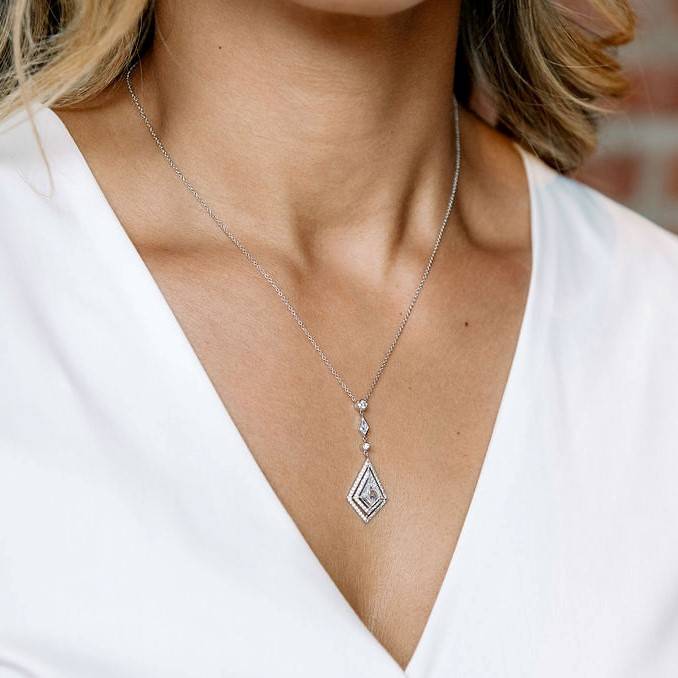 The Queen of Gemstones Reigns supreme

The diamond is a 10 on the Mohs hardness scale, the hardest gemstone. It is made of just one element: carbon. Diamonds are twice as hard as anything in nature, only being able to be cut by another diamond.

Many people think of white/colorless diamonds when they think of the gemstone. However, diamonds are available in a variety of hues – yellow, red, pink, purple, blue, green, brown (champagne and cognac to chocolate), and black. The colors reflect miniscule traces of impurities found in each respective diamond, and can be faint to deeply saturated. 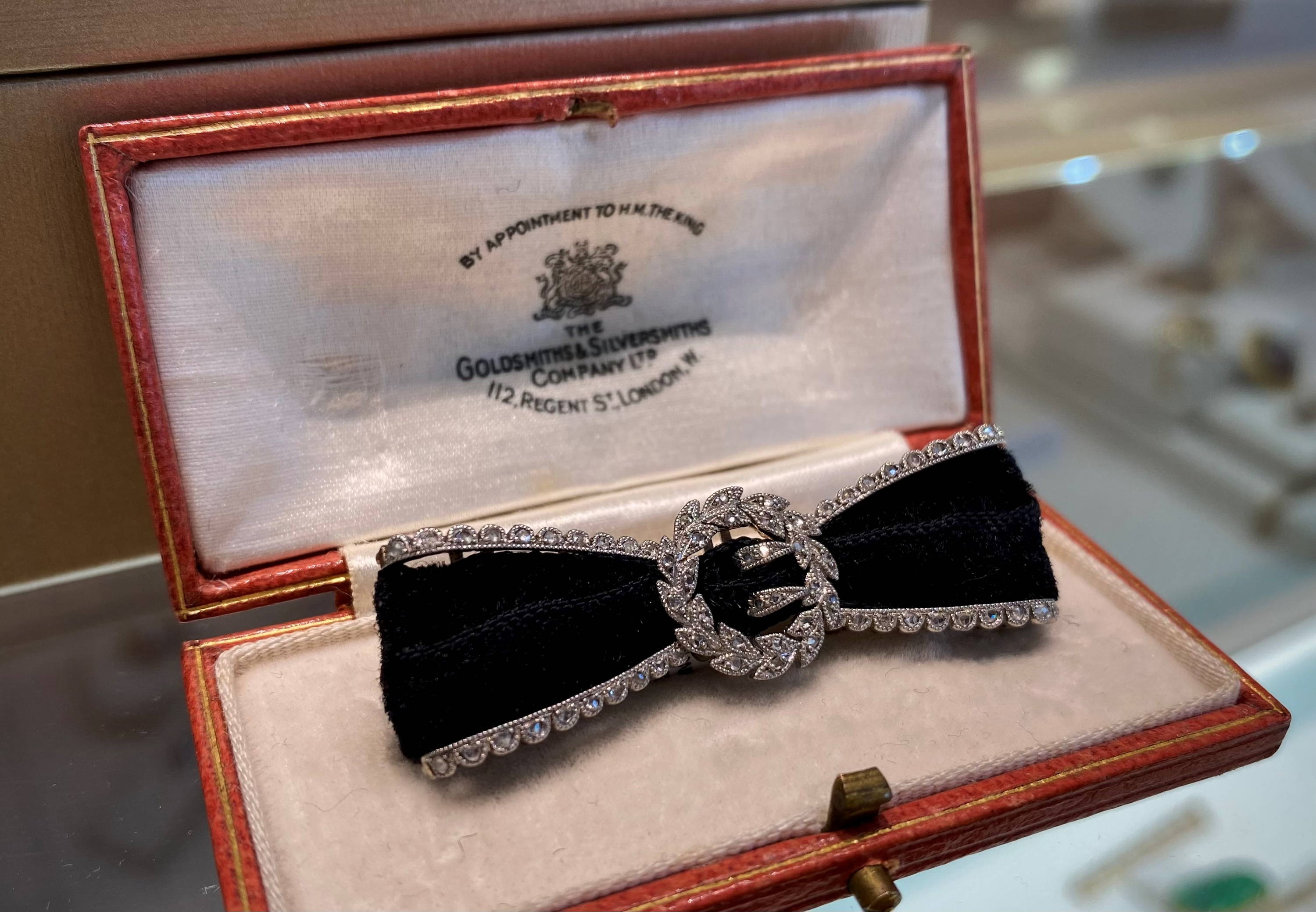 The 4 Cs of Diamonds & Certified Diamonds

Many couples learn more about the 4 Cs of diamonds when they shop for an engagement ring, but it’s important for everyone to know about the elements that impact a diamond’s value and the best options for various types of jewelry.

Diamond grading and certification is used mainly for diamonds in engagement rings, but these elements are important as you consider making a diamond jewelry purchase – especially for more valuable earrings, pendants, and bracelets.

Many of us think about cut as it relates to shape but know that it’s really about how a diamond’s facets interact with light. Cut refers to a diamond’s proportions, symmetry, and polish. You can choose from so many options of diamond shapes:

Diamond colors range greatly. When related to engagement rings and the white/colorless diamond, color grade shows customers how much or little ‘color’ exists in the stone. But also remember that diamonds come in many colors, offering you many stunning options. Some colored diamonds are incredibly valuable. 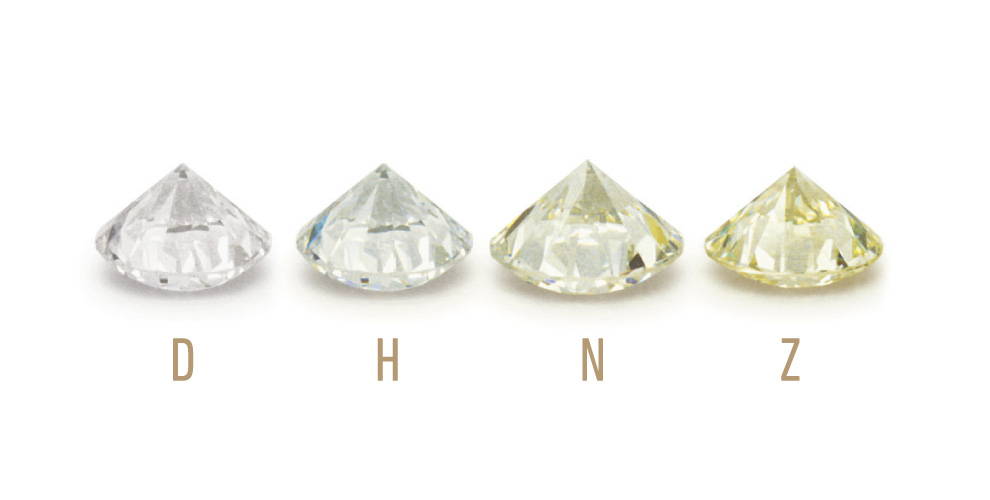 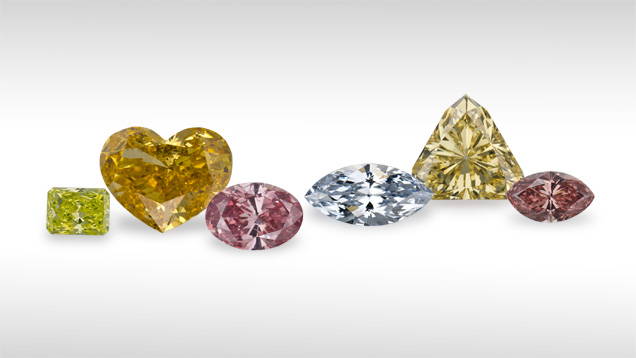 Clarity has to do with the presence (or lack) of inclusions and blemishes. Oftentimes these characteristics aren't visible to the naked eye; rather, it's what makes each diamond unique. No two diamonds are the same, and no diamond is completely pure. With that said, the fewer these characteristics, the better the quality of diamond. At Henne Jewelers we use the Gemological Institute of America for diamond grading. Their scale is as follows:

Last but not least, carat weight refers to the weight of a diamond, or total carat weight when referring to diamond accents in a ring, necklace, earrings, bracelet, watch or brooch.

You’ll find an infinite amount of jewelry that uses diamonds, from classic diamond solitaire engagement rings to the latest fashion designs and one-of-a-kind diamond estate jewelry from a bygone era. Similarly, you’ll find large center diamonds that are extremely valuable to a small amount of pave diamonds adding a ton of sparkles at a much lower price point. That means diamonds are available and affordable to nearly everyone.

The question to you, then, is how you like to wear your diamonds based on your lifestyle and preferences, which will help you decide what to add to your collection. You can never go wrong with timeless classics such as a diamond pendant or diamond stud earrings. If you want to dress up an outfit, go for some diamond hoop earrings or a diamond tennis bracelet. Or choose a ring that includes both diamonds and other gemstones.

Vintage jewelry lovers will cherish period pieces that use Old European or Old Mine Cut diamonds, which give rings and bracelets charm. Fashion jewelry brands have been using diamonds in all kinds of designs. From cocktail rings to leather chokers, petite stacking rings to gold bracelets with diamond links, diamond jewelry is stunning.

Whatever you want to wear, you can probably find it with diamonds and with the essence you desire, whether you prefer jewelry that is more understated or want to go all out with glitz and glam.

Diamond jewelry is the perfect gift for any loved one. In addition to being the birthstone for April, it’s the symbolic gift for the 60th and 75th anniversaries.

Diamond crosses and other diamond pendants make great graduation gifts for your beloved children. It’s a thoughtful gift for a dear friend, and depending on your budget, offers a myriad of great holiday gift ideas for everyone on your list.

And of course, if you are an April baby or just want to treat yourself, you can’t go wrong with diamonds!

Check out some of our diamond jewelry, or stop in to shop for even more great pieces! 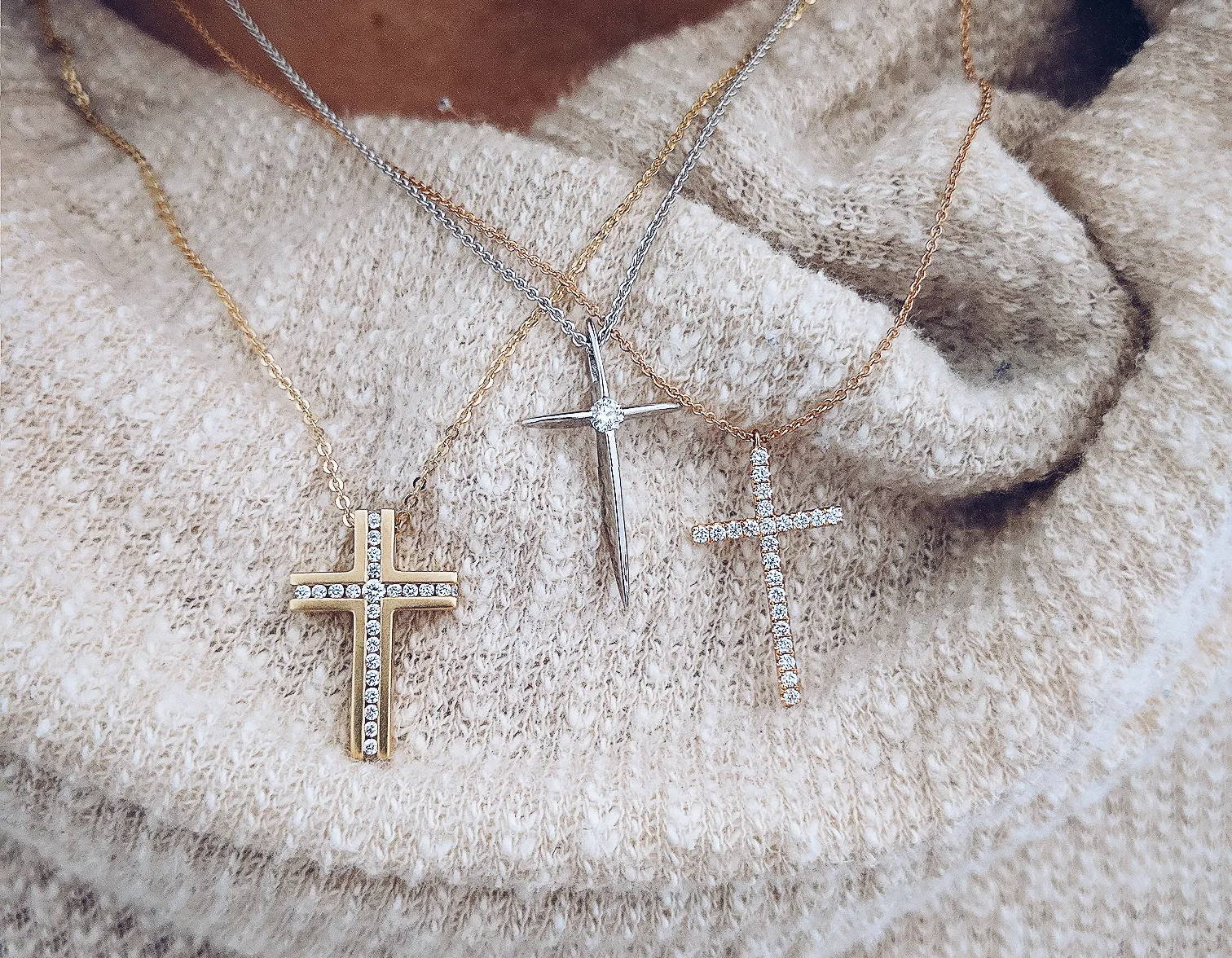 Cleaning & Caring for Your Diamond Jewelry

Diamond jewelry is often safe to clean in an ultrasonic cleaner. However, it’s best to take your jewelry to your jeweler to check and inspect regularly, as the waves can cause loose stones to fall out. To clean your jewelry at home, use warm soapy water and a soft toothbrush. Then dry with a lint-free cloth. 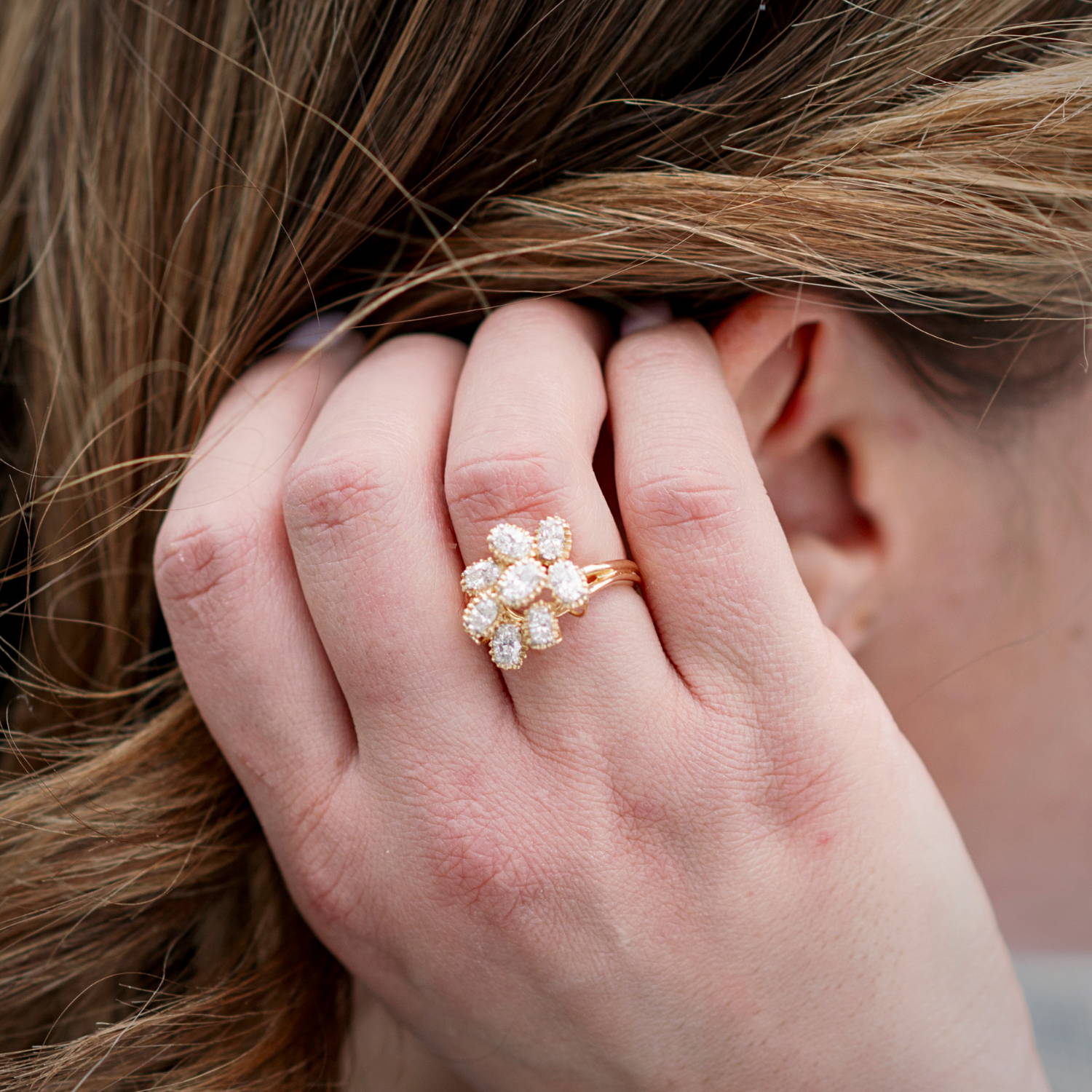 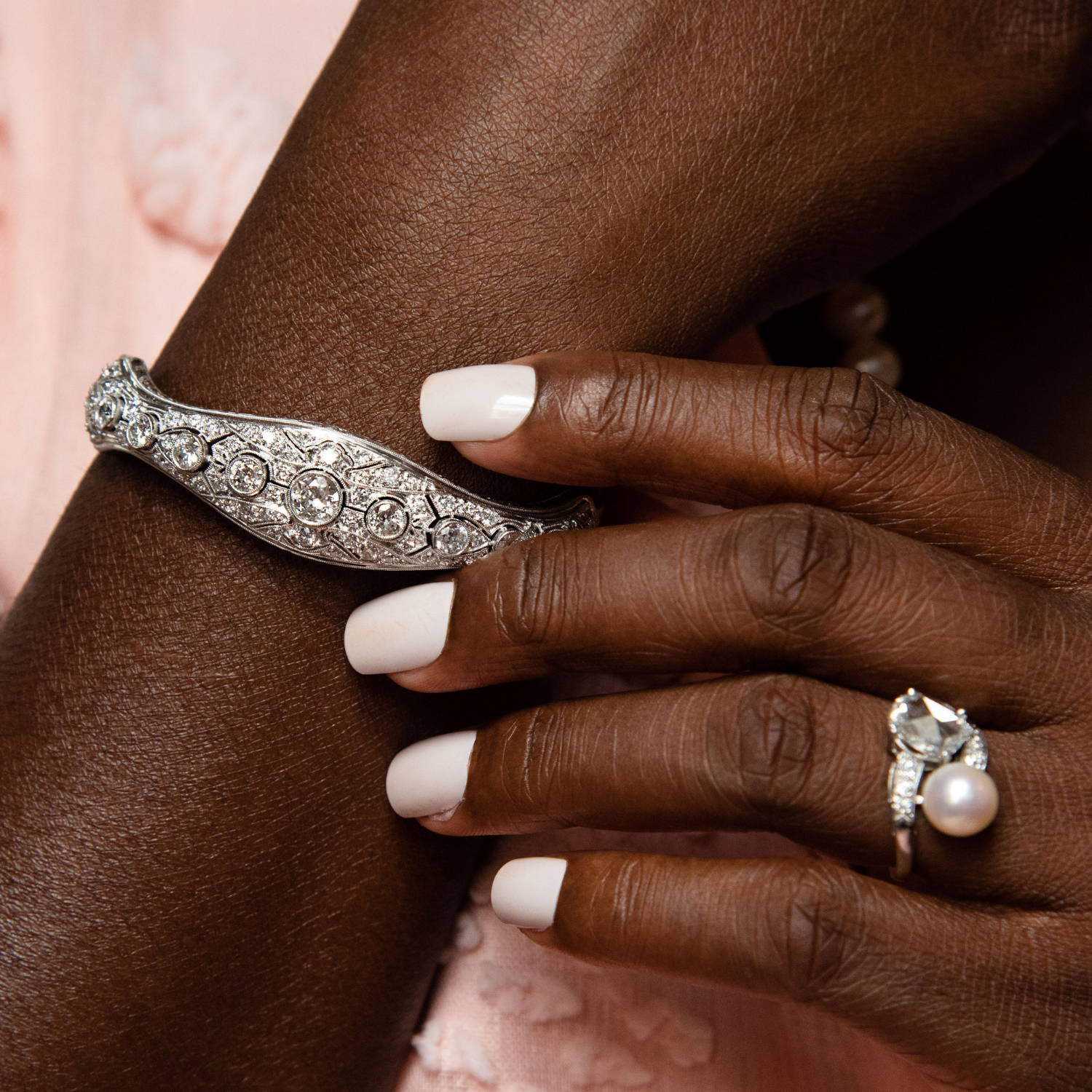 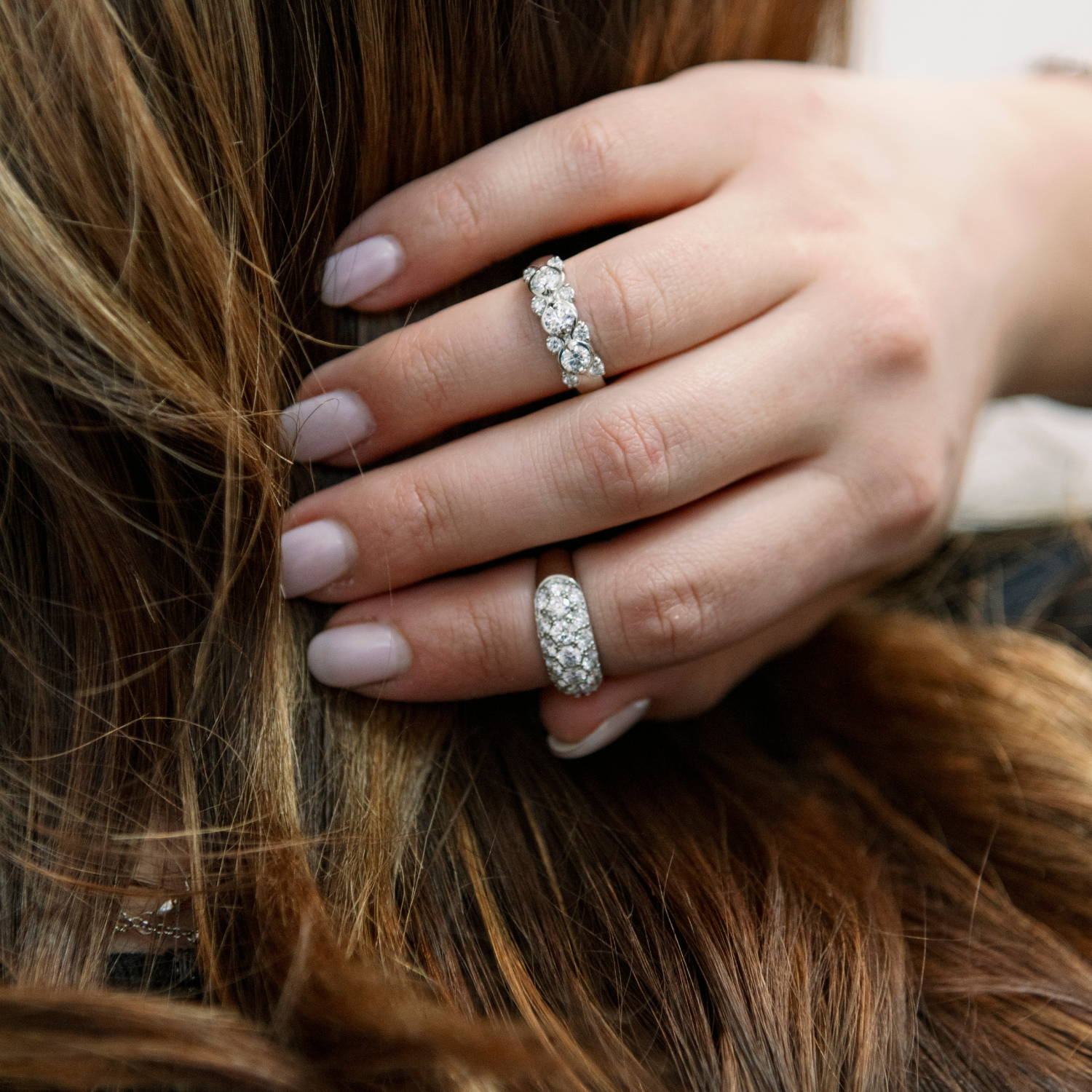