June babies have three amazing gemstones to choose from for their birthstone, perfect for those who like diversity and options depending on their style or mood.

You may go for the classically beautiful cultured pearl, which never seems to go out of style and whose jewelry has adapted over time.

Perhaps the rare and captivating alexandrite suits your fancy, which has been called nature’s magic trick as it appears to change color before your very eyes.

Moonstone completes the June birthstone trifecta, offering yet another stunning option with a distinct, ethereal appearance. 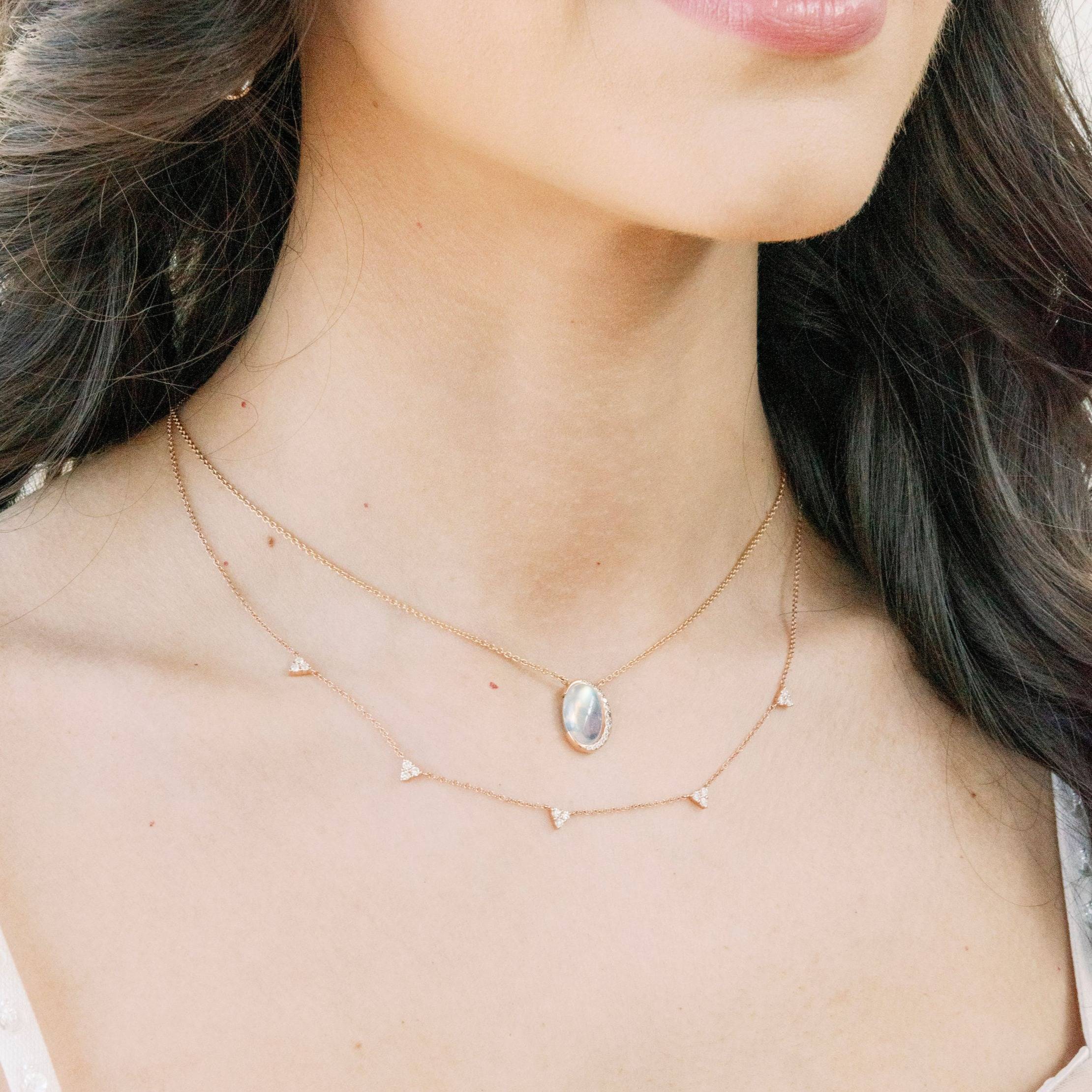 Read on to learn more about these three distinct birthstones and celebrate June birthdays! 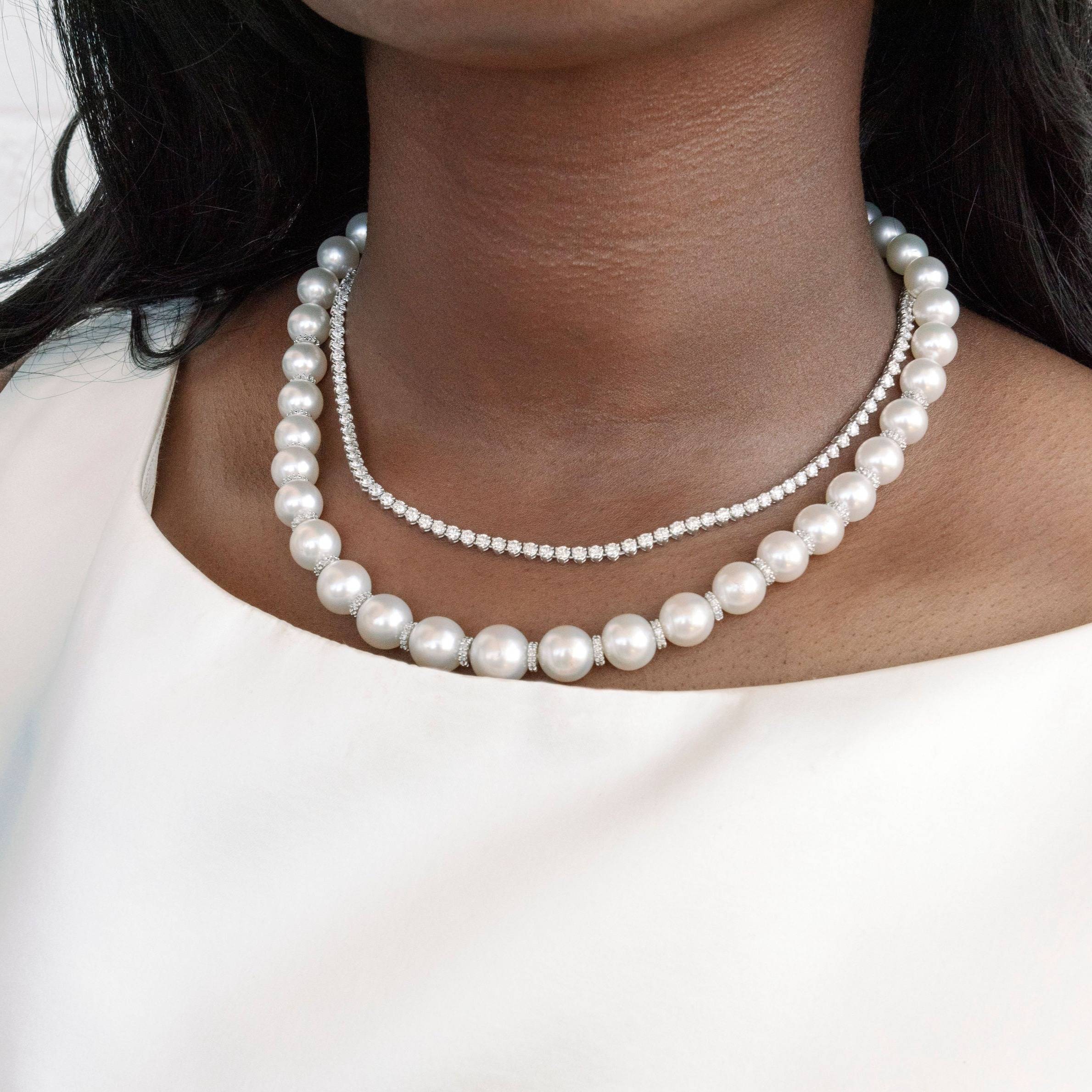 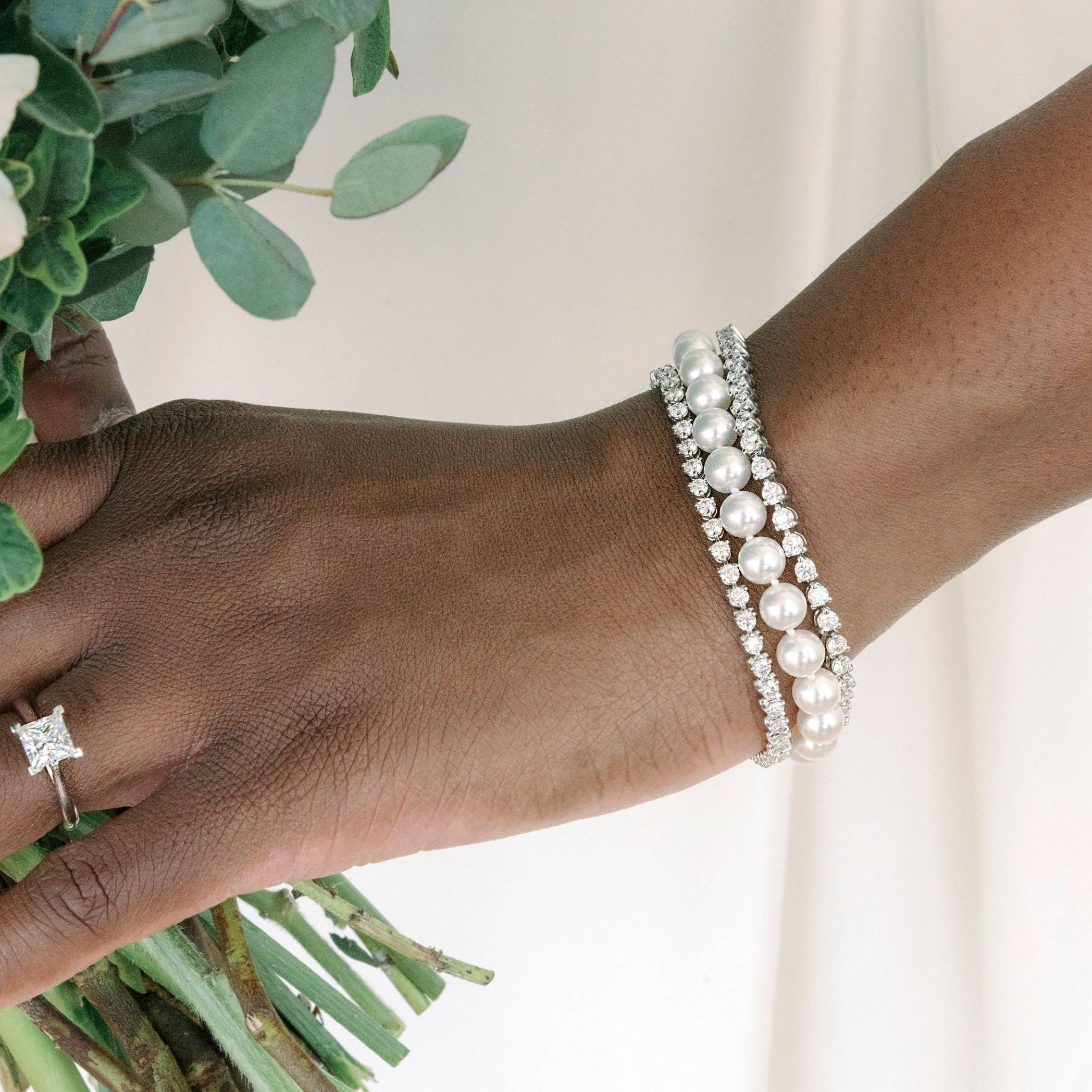 Pearls are (arguably) one of the most beloved gemstones of all time. They are drawn out of our planet’s oceans, lakes, and rivers, organic in a way quite unlike other gemstones that are mined from the Earth’s crust. Their storied history dates back to ancient times, yet they are still highly popular today and found in jewelry at every price point.

Natural pearls were much more common for thousands of years, from ancient China to the middle-ages and into the early 1900s. Beginning in the 20th century they became very hard to attain due to pollution and overfishing, ultimately giving rise to the cultured pearl, which is mostly what you’ll find today. (Note that cultured pearls require a lot of human intervention and care throughout formation and harvesting, which is why they are so valuable.)

Cultured pearls essentially form the same way natural pearls do, except with human intervention. Mollusks are raised specifically for culturing. A technician inserts one or more nuclei into a mollusk, which acts as an irritant and triggers the secretion of nacre, which forms into a pearl. The mollusk needs to be tended to for at least 18 months (sometimes up to 3 years) until the cultured pearl is ready to be harvested.

There are quite a few varieties of pearls based on how and where they are cultured, including: 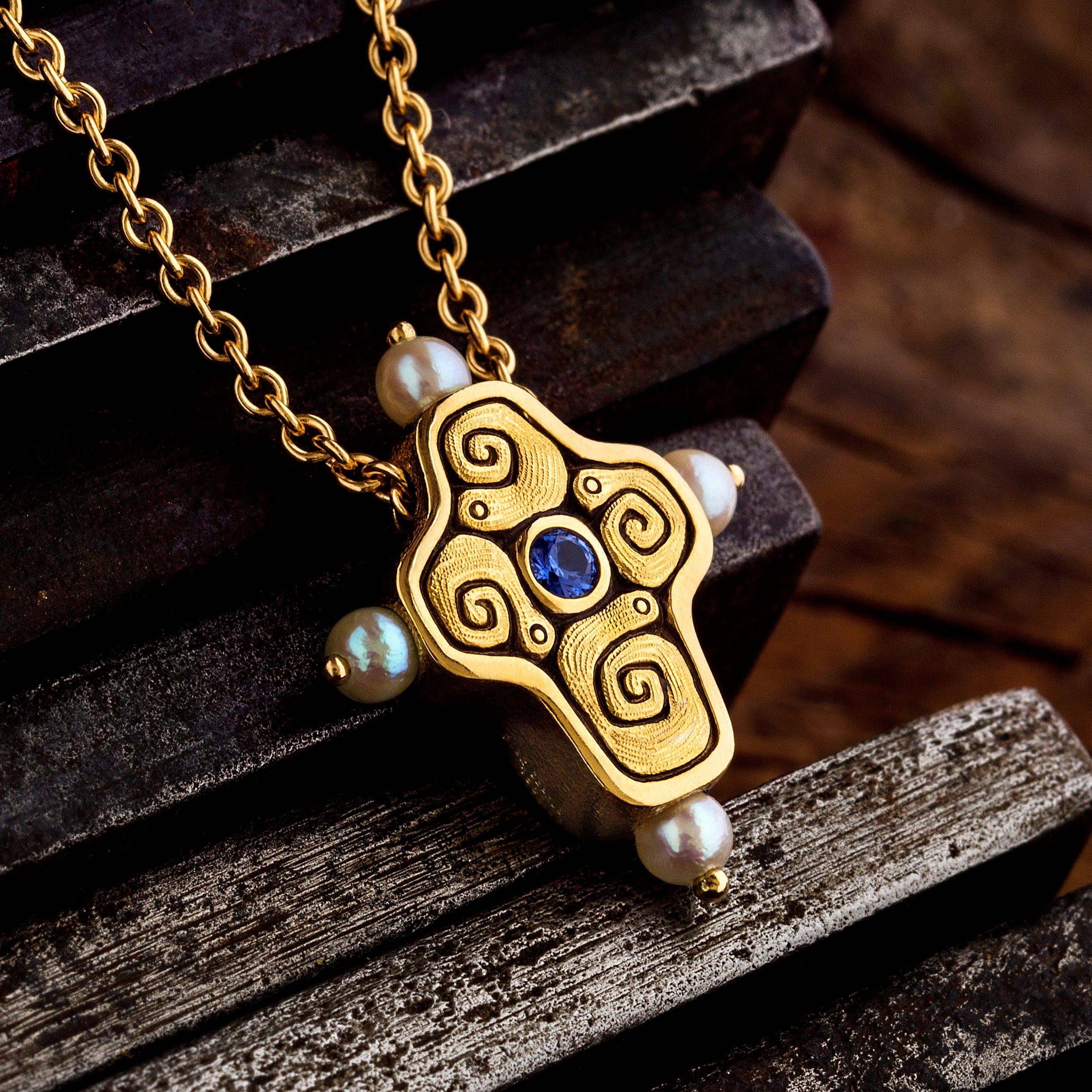 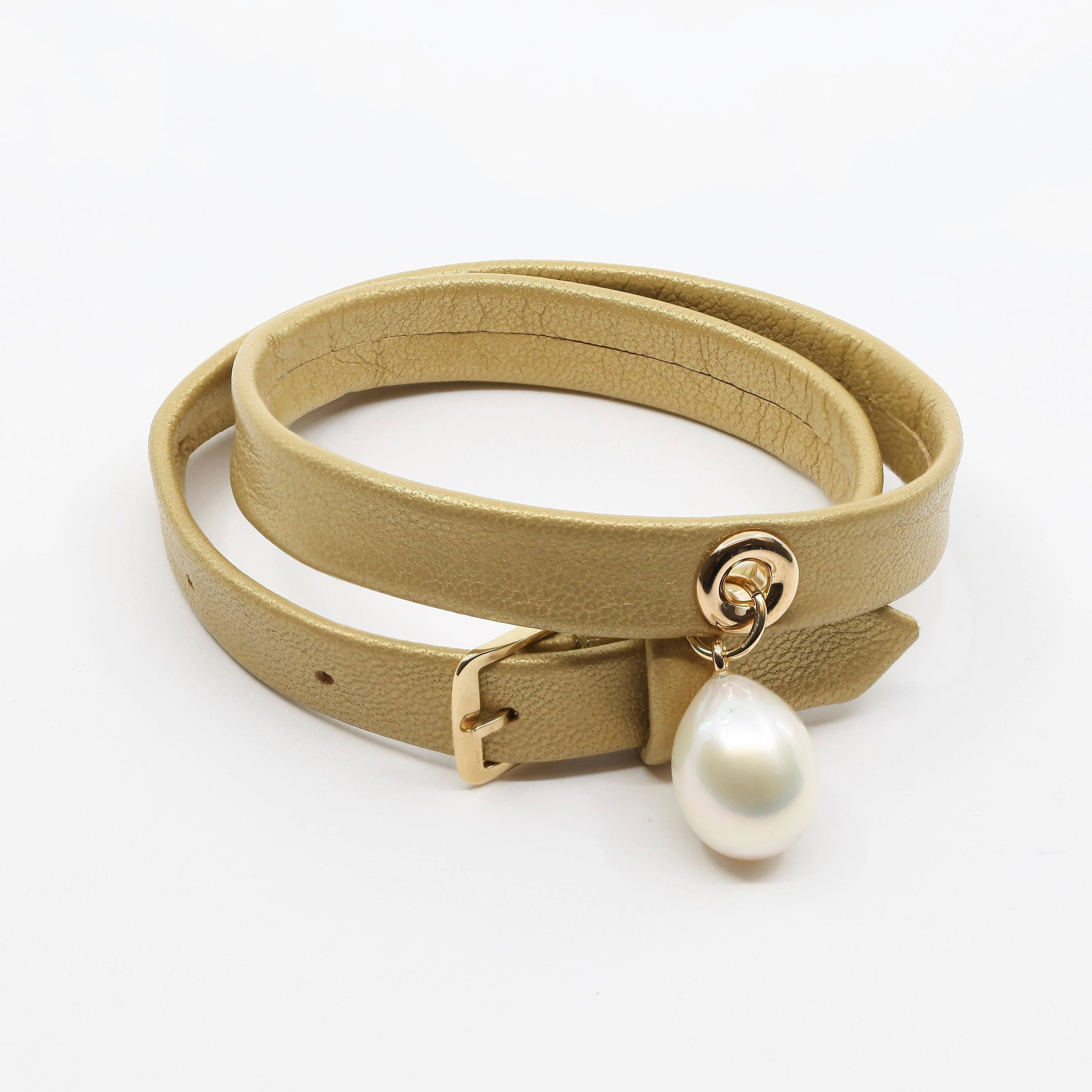 Jewelry featuring cultured pearls is as diverse as the pearls themselves. Strands of pearls are still a jewelry essential, whether with graduated pearls or pearls of the same size.

Pearl and diamond pendants and bracelets are still popular, but necklaces have evolved to include double- and triple-strands. Designers have experimented with every metal type (yellow gold, white gold, rose gold, oxidized sterling silver, etc.) and regularly use pearls with leather for bracelets and necklaces, especially chokers, for a modern twist. Also, you’ll find cultured pearls in every size, shape, color, and overtones – meaning that each necklace is unique.


Did you know that it can take up to 10 years or more to gather enough cultured pearls that are the right size, shape, and quality to make a pearl necklace? 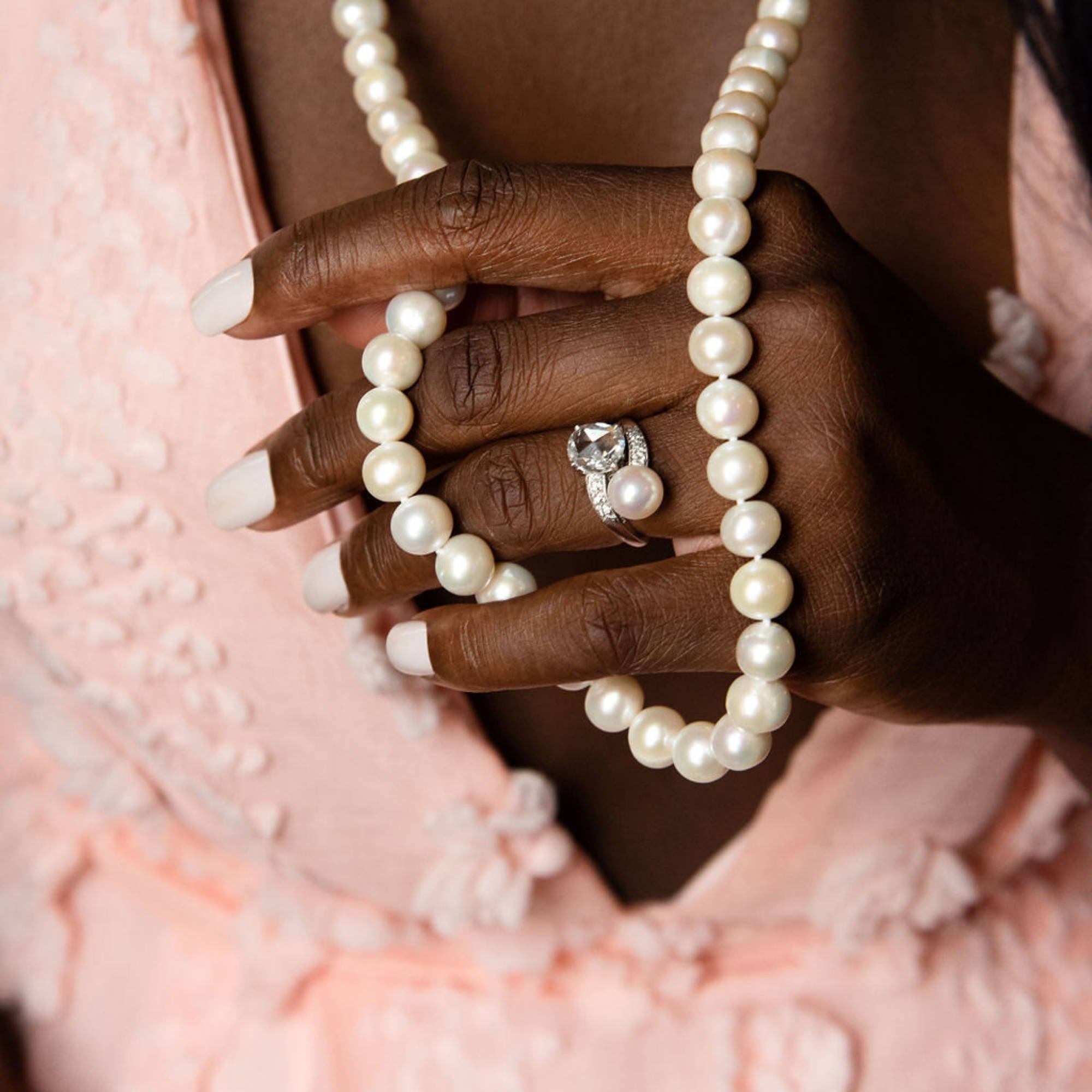 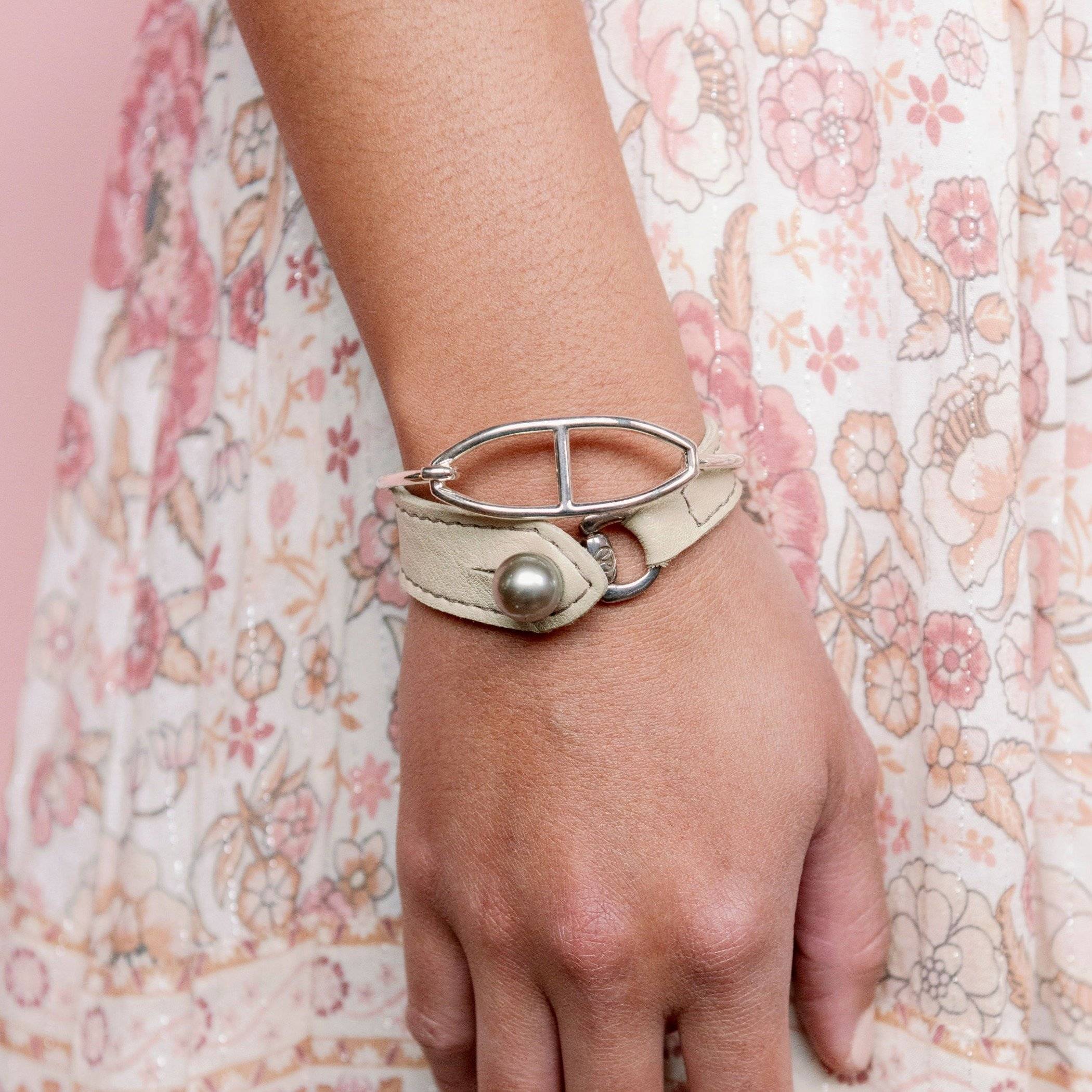 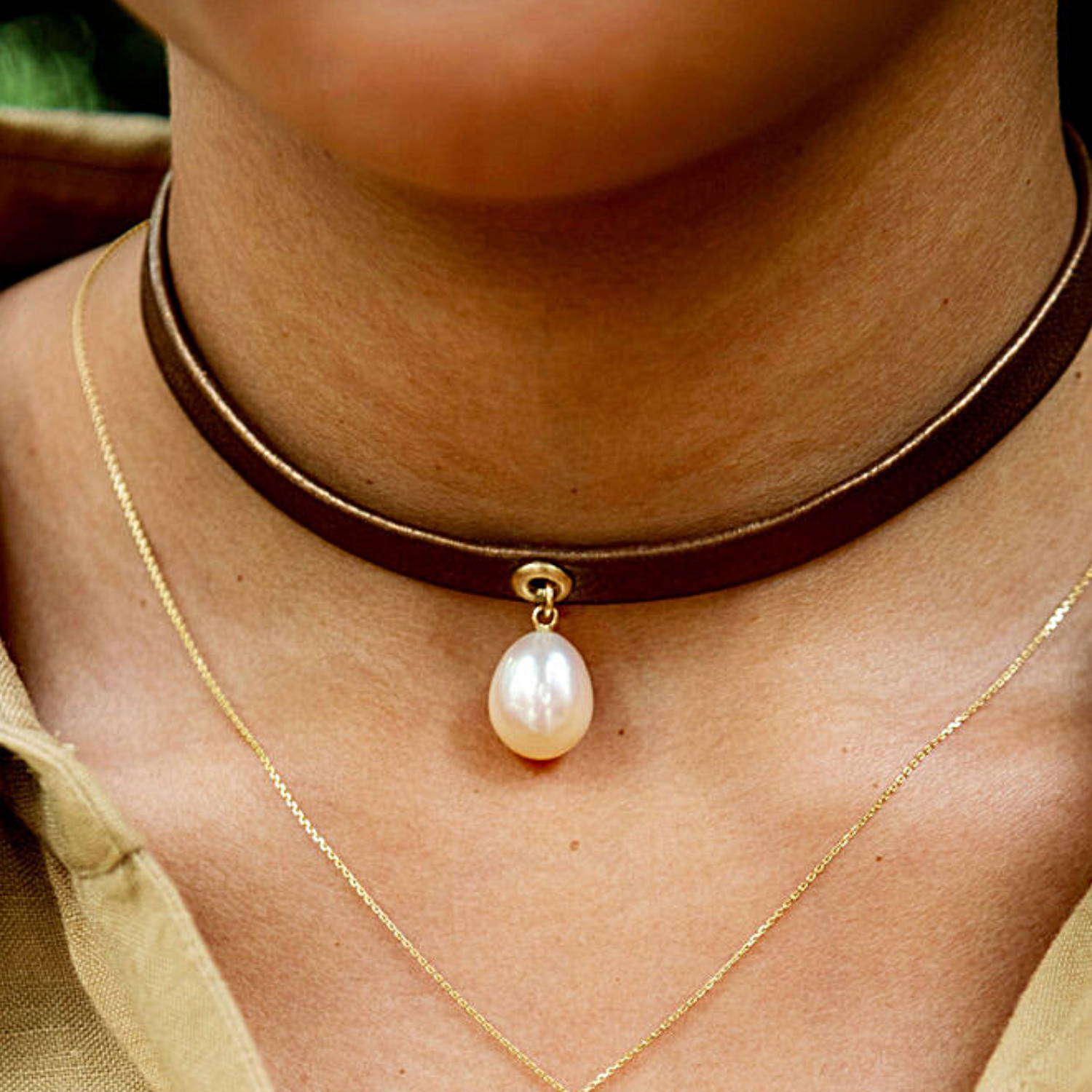 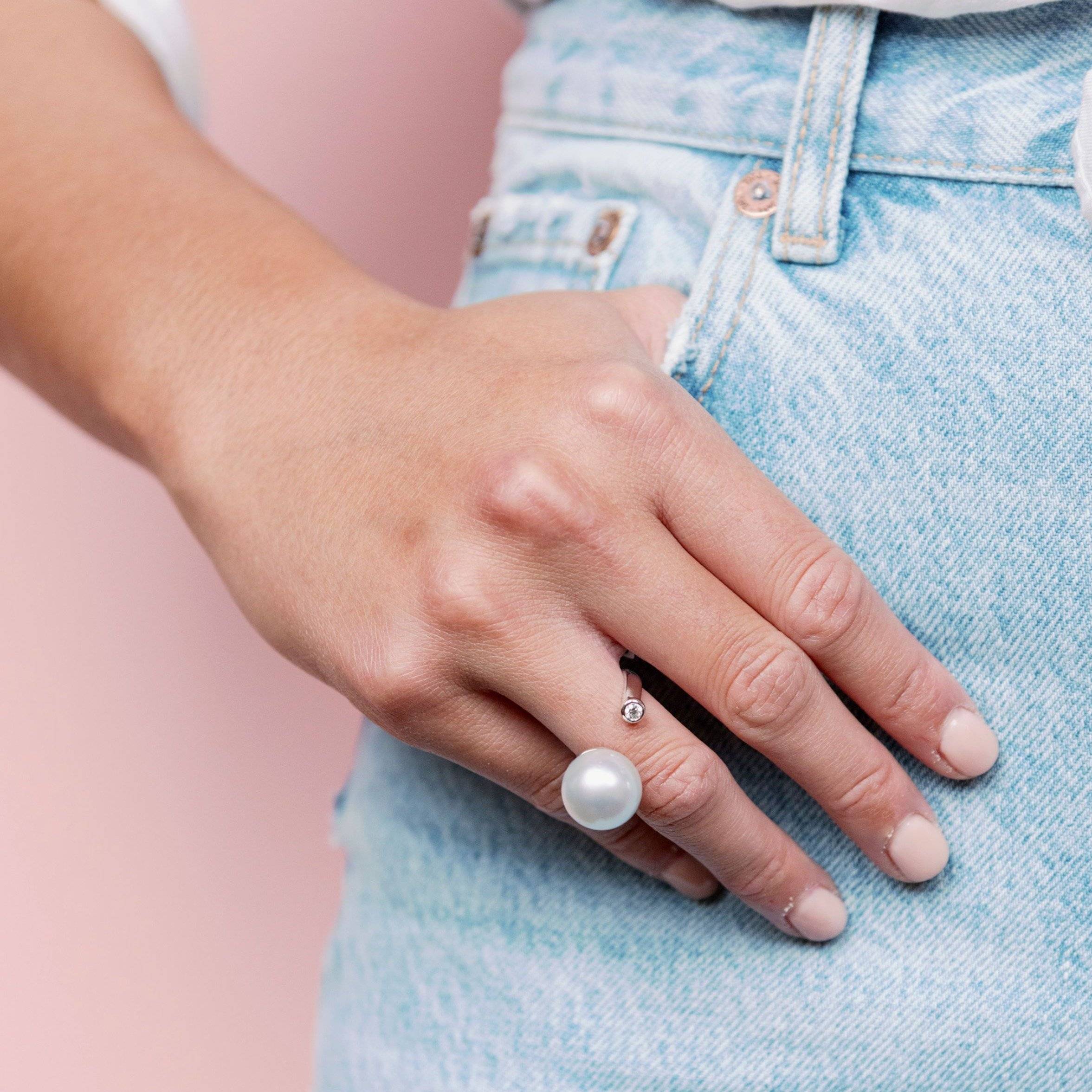 Cultured pearls are very soft and can be scratched or damaged quite easily. They should NEVER be cleaned in an ultrasonic or steam cleaner. Please be sure to take your pearl jewelry to a reputable jeweler for cleaning and inspection, as well as advice for at-home care.

No matter whether you’re celebrating a June birthday or another special occasion, you can’t go wrong with a pearl necklace, ring, bracelet, or earrings. Note that pearls are also the symbolic gemstone for the 3rd and 30th wedding anniversaries. Shop at your favorite local jewelry store for the latest in pearl jewelry, from classic to trendy pieces.

The Rare and Famed Alexandrite

Alexandrite has been described as an “emerald by day and a ruby by night”, because it’s a pleochroic gem, which means it can show different colors when viewed from different angles and under different light sources.

Specifically, alexandrite is a rare color-change variety of the mineral chrysoberyl, and can appear as different shades of green, orange, and purplish-red. It truly lives up to the name “nature’s magic trick”.

Alexandrite was discovered in the Ural Mountains in Russia in the 1830s and was named after Czar Alexander the II. It was quite fitting for the country and the time period, because the stone’s green and red mirrored the national military colors of imperial Russia. These first alexandrites were high quality, displaying vivid hues and dramatic color changes.

The value of alexandrite stones come from the 4 Cs, knowing that it’s a rare stone. You want to look for fine quality stones that offer more dramatic color change and higher clarity.

Cuts range from oval to cushion, among others, and you’ll likely find carat size to be smaller due to its rarity. Always consult with a reputable jewelry on caring for your alexandrite jewelry, including cleaning and regular inspections.

Because alexandrite can look like an emerald or ruby at a quick glance, consider classic jewelry designs, such as a pendant framed in diamonds or a three-stone ring set in platinum. Alexandrite is the symbolic gemstone for the 55th wedding anniversary, but is also a beautiful option for any special occasion and is a great conversation-starter. 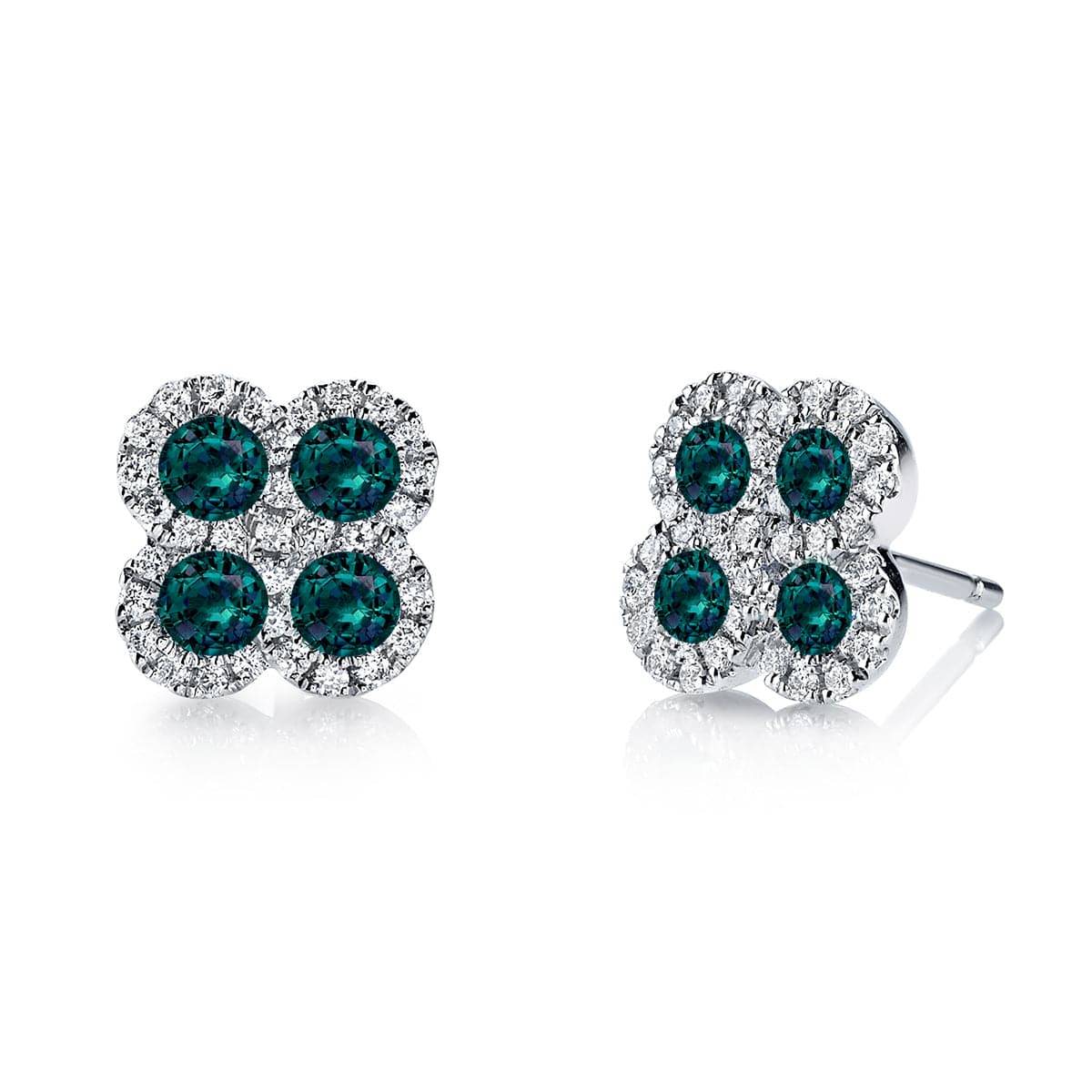 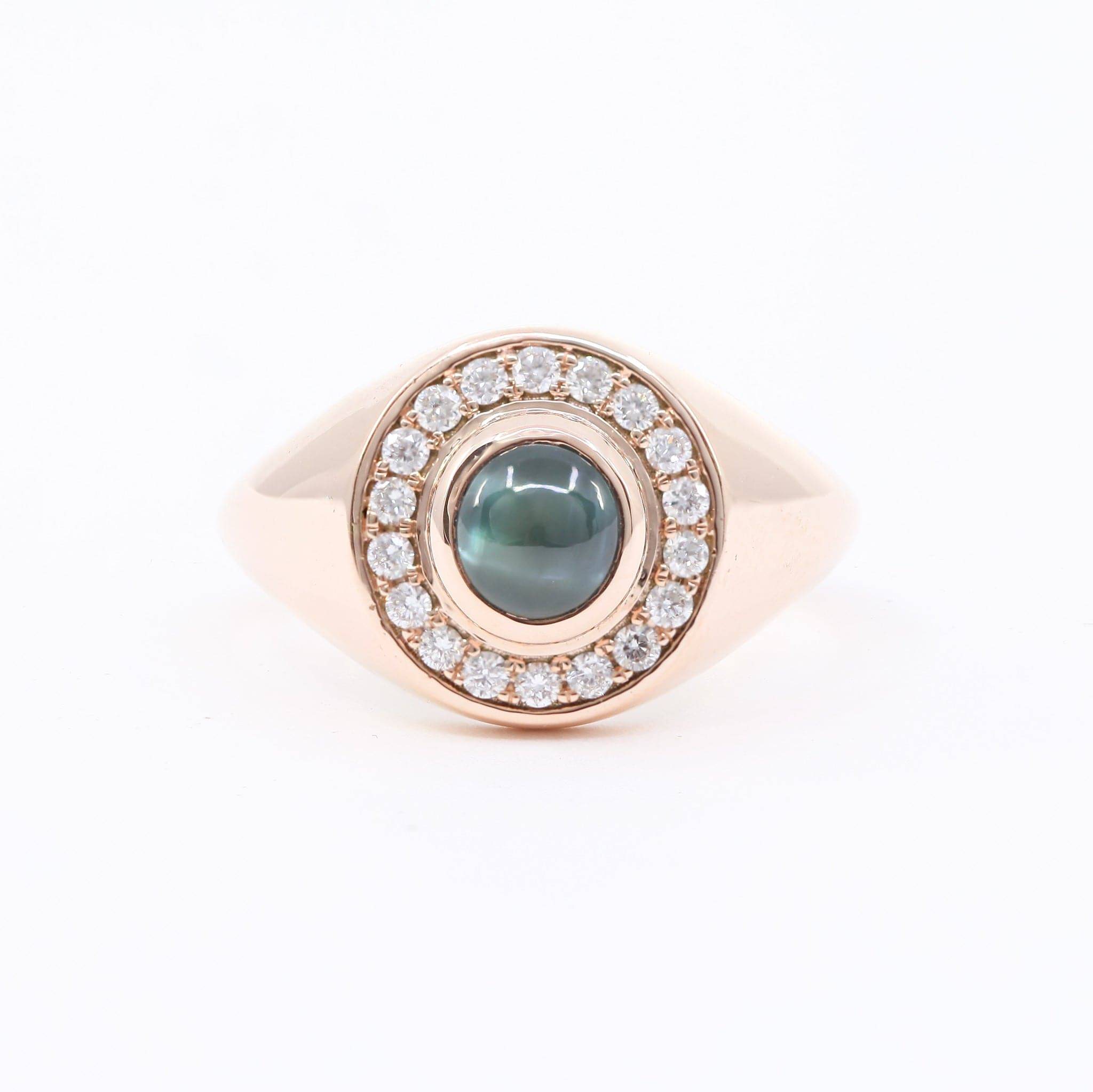 Moonstone is the last – but not the least – June birthstone. Throughout history many believed it to be made of solidified moonbeams, because it appears like moonlight glowing in water. In reality, the ‘appearance of motion’ is caused by light that scatters between microscopic layers of feldspar.

This relatively ‘new’ gemstone began appearing in jewelry in the Art Nouveau era, followed by the Arts and Crafts era. Today it continues to be a popular gem.

The ethereal moonstone is a variety of orthoclase (of the feldspar group), which makes up 60% of the Earth’s crust. It can appear colorless to white, gray, green, peach, and even brown. In addition to the appearance of motion, some moonstone can also have a cat’s eye effect.

The overall quality and value of moonstone is determined by the 4 Cs:

This stone is versatile in terms of jewelry types and styles. It looks great set in white gold, rose gold, and yellow gold, depending on the color and the piece. It can be set alone or with other gems, according to your personal style. 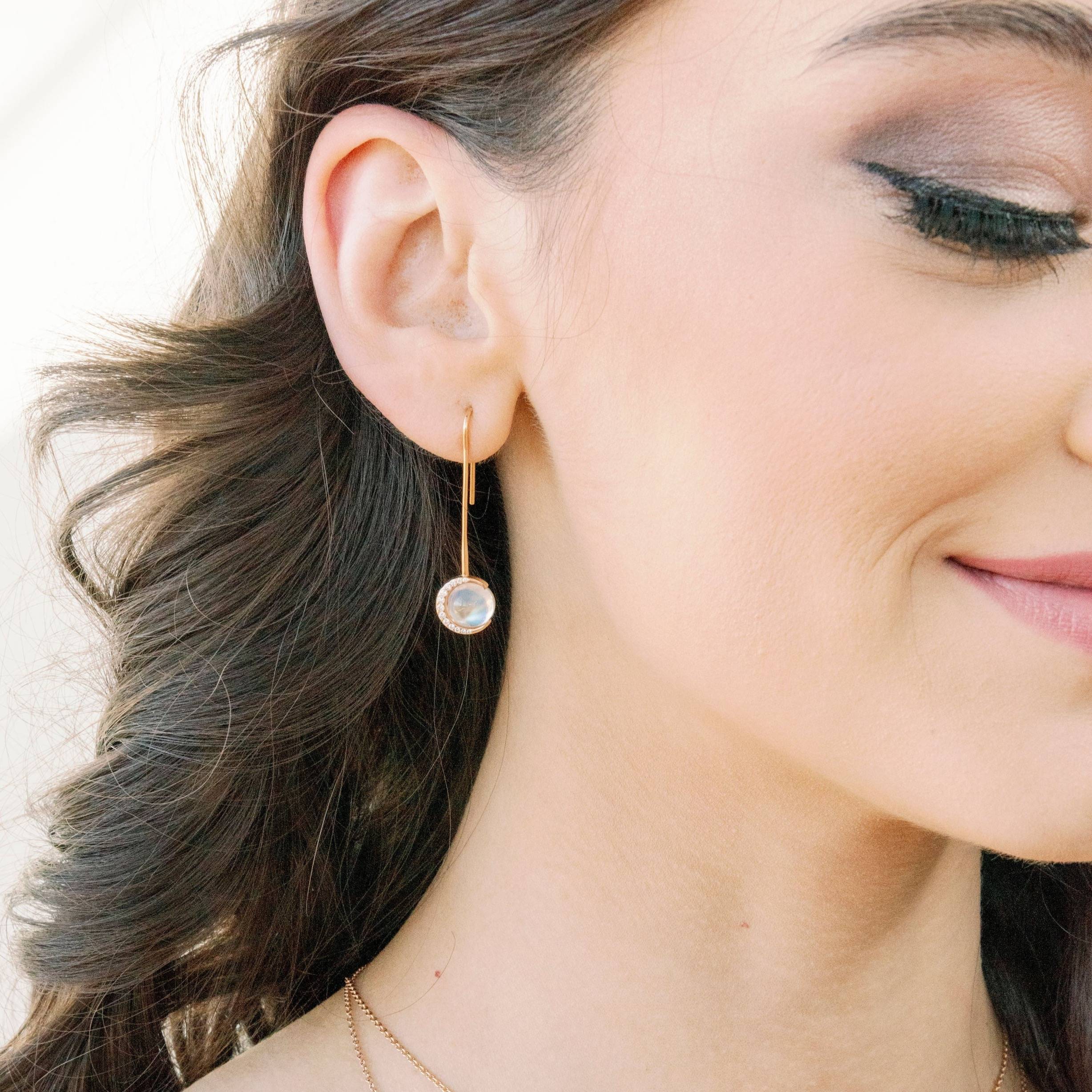