Tommy and Lacy started dating in 2015 and took their first trip as a couple to the Thousand Islands in New York. They visited one of the local landmarks, Boldt Castle, which is located on Heart Island. Built in 1900 by George Boldt as a summer home, the 120-room castle was a gift to his wife as a display of his unwavering love. Boldt even went as far as to reconstruct the island into the shape of a heart, hence Heart Island.

They spent 3 hours touring the castle, island and yacht house and fell in love with the history of the Boldt family, their elaborate castle and the Thousand Islands.

Fast forward to August 2020, and the couple decided it was time for them to go back and visit Boldt Castle again, this time taking along two of their close friends. They boated to the island and took their time walking around, sharing stories of the castle with their friends and making sure they were just as amazed on their first visit!

Tommy and Lacy were just about ready to leave, so Lacy's friend Michelle suggested that they take a picture in front of the courtyard fountain. Lacy offered to take a picture of Michelle and her fiancé first, and when it was their turn for pictures, Tommy got down on one knee in front of the fountain. Their friends had no idea it was happening, but luckily Michelle already had her phone in her hand to capture the entire proposal! 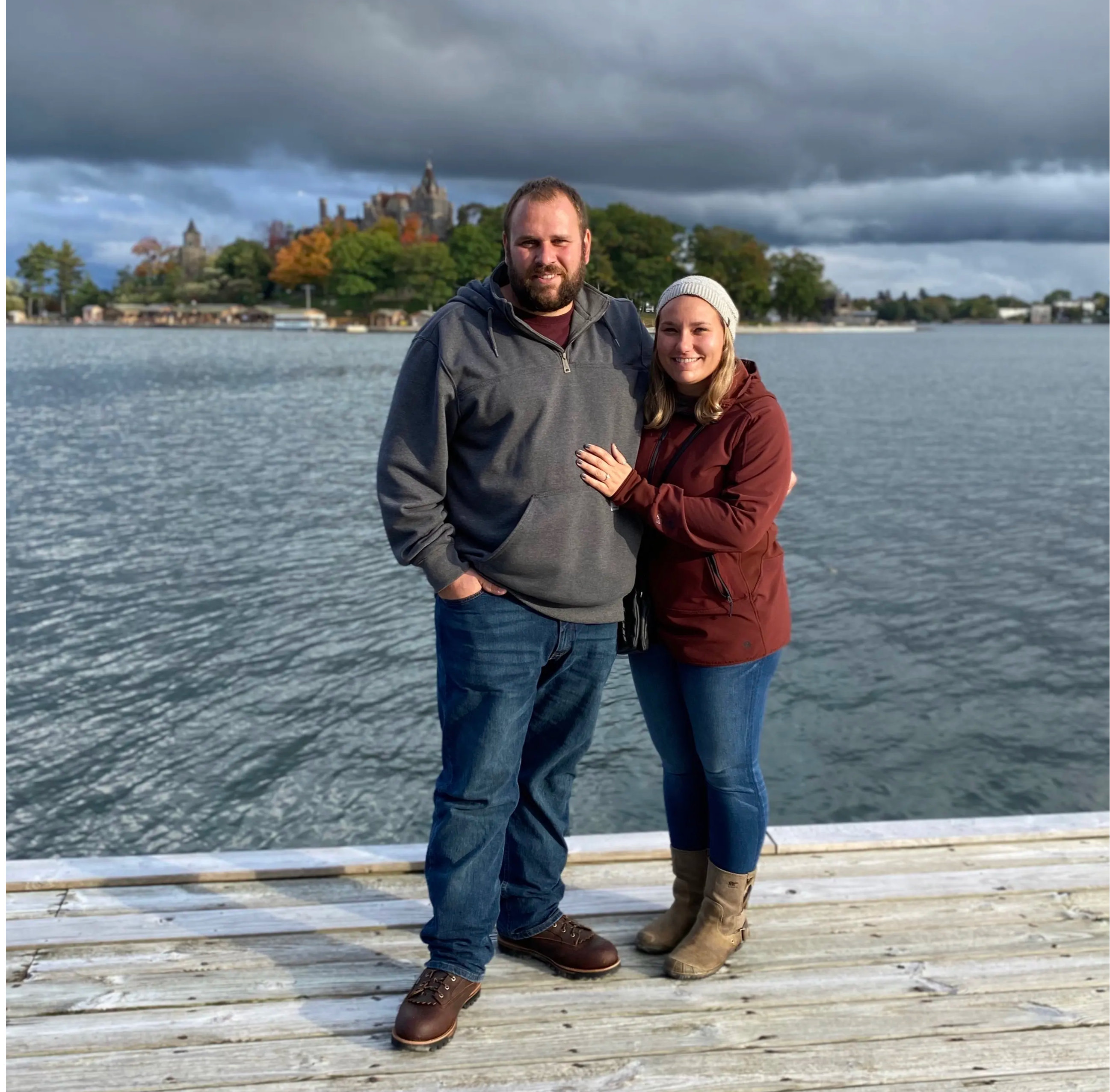 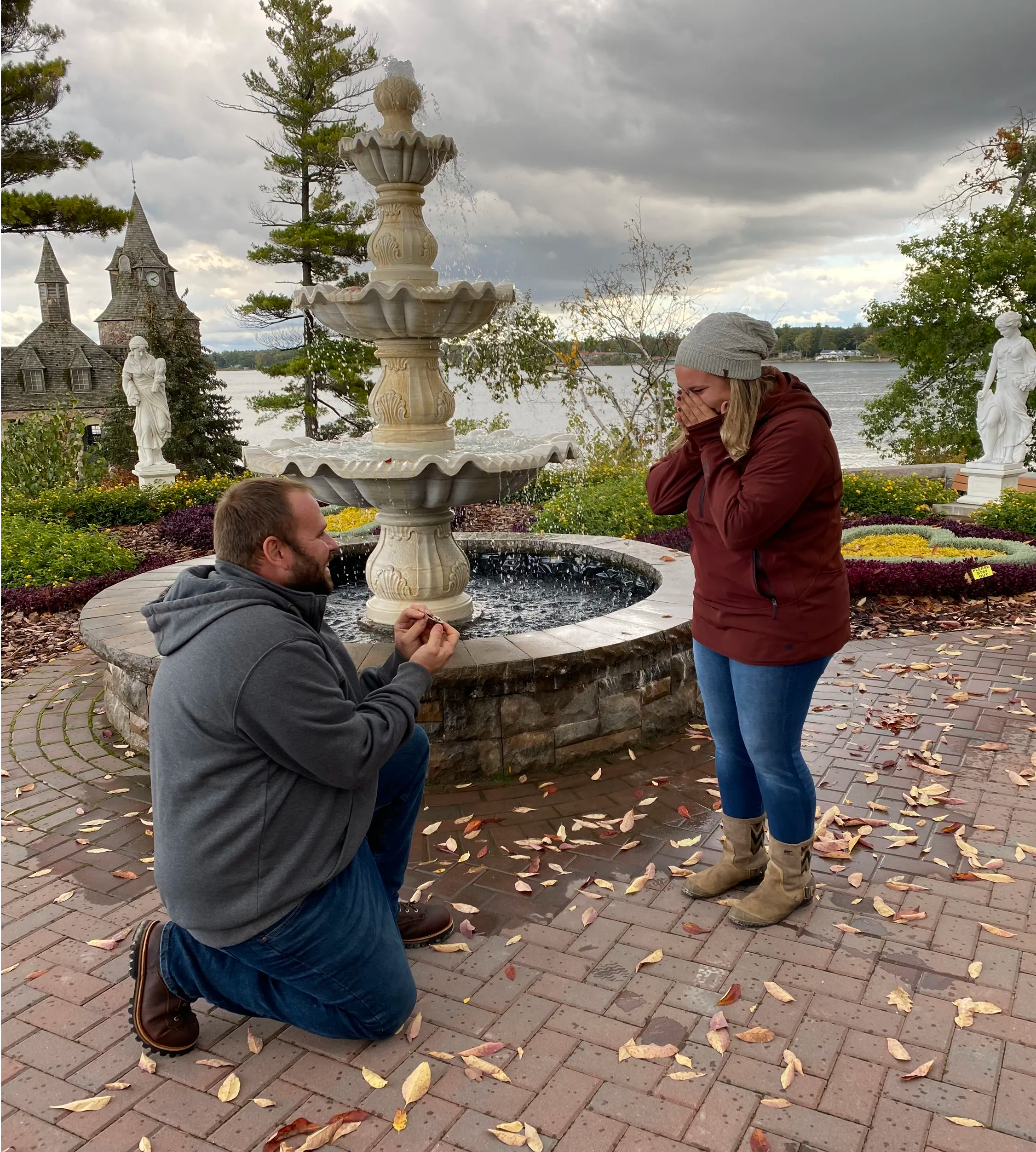 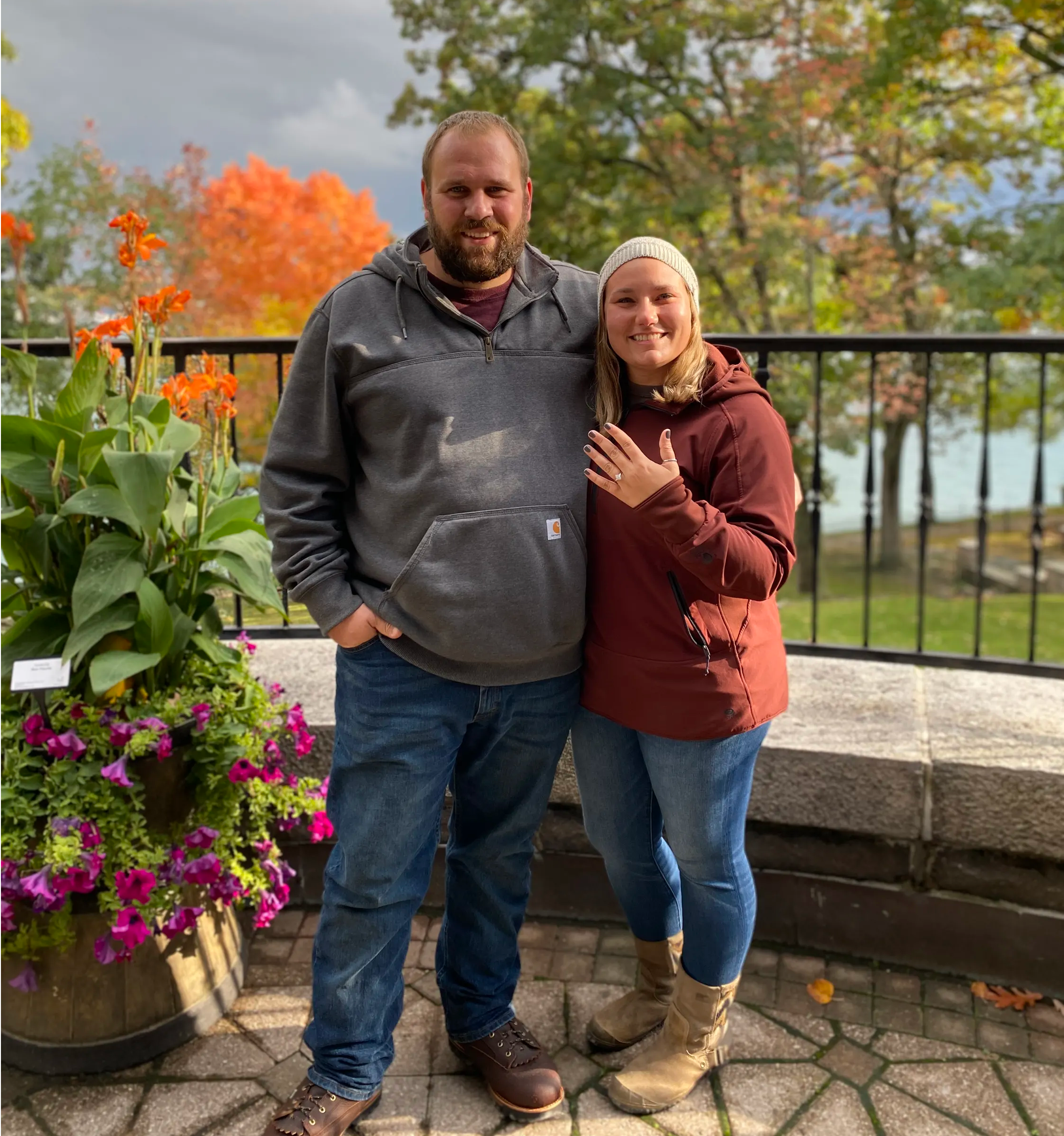