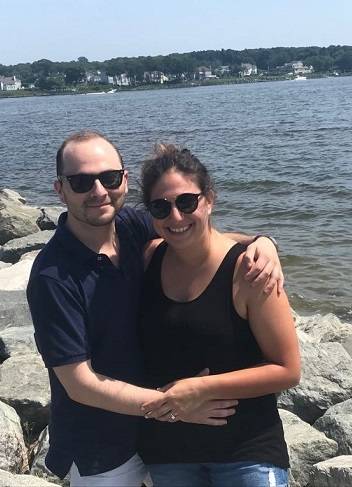 He met her the week he moved to Washington, D.C., and it was love at first sight. From talking for hours on their first date to a proposal complete with lobster rolls, Joshua and Molly are the perfect couple.

Joshua moved to Washington, D.C. from Chicago in August 2017. He met Molly less than a week later, before he'd even fully unpacked. They went on their first date in Georgetown, and it was love at first sight. They sat outside talking and laughing for over 4 hours, even enduring tons of mosquito bites because they were having so much fun.

Within a month, they had grown really close -- something that was really clear thanks to Molly taking a two-week trip. They realized how hard it was to be apart for even two days, let alone two weeks. Once she returned, they both knew without a doubt that they had found "the one".

Joshua began shopping for an engagement ring in March and was so excited to ask her to be his forever. They were stopping for lobster roll at a spot in Rhode Island, and he proposed by the water nearby. Joshua told Molly that he's never been so sure about anything.

Looking Toward the Future: 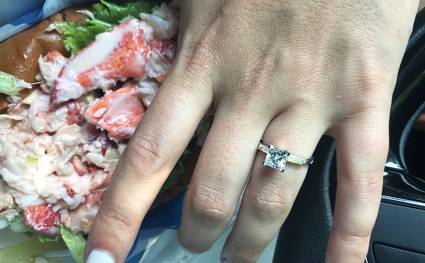 Joshua and Molly are enjoying life in the Capitol and plan to build their home and family somewhere in the Greater D.C. area. They are looking to get married next Fall in November 2019. In the meantime, they love trying new restaurants, narrowing down a honeymoon destination, and shopping for dinner jackets and wedding dresses! They are so looking forward to their life together, and to someday raise a healthy house of children.

Joshua and Molly, thank you so much for choosing Henne. We wish you all the best!