Congrats to Jordan and Lauren on their engagement! 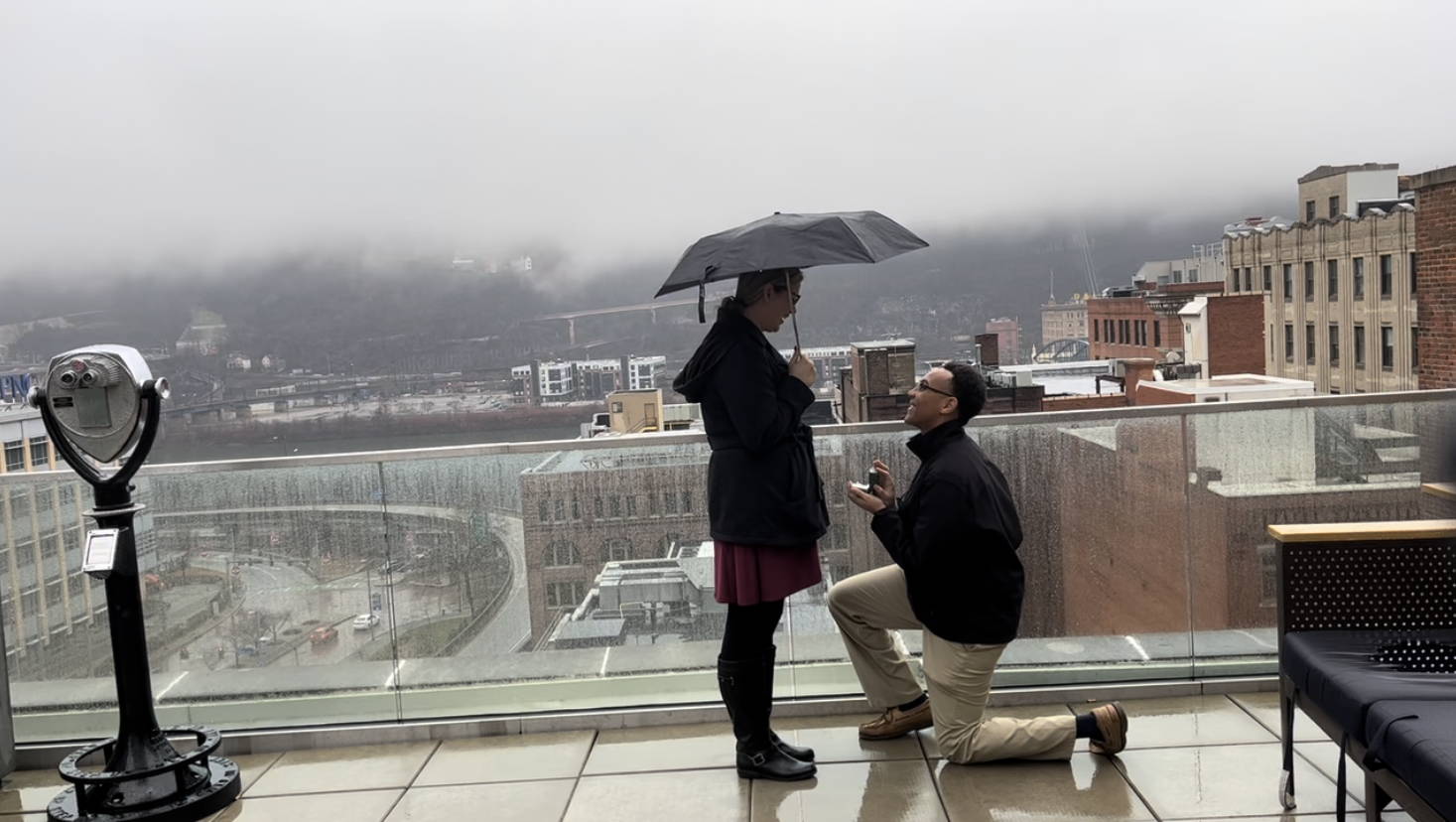 Jordan and Lauren have been together for almost 6 years. They were both in the marching band at West Virginia University.

After graduation, they decided to move Pittsburgh together for Lauren to attend graduate school. They spent a weekend in Pittsburgh to tour apartments before moving and stayed downtown at the Distrikt Hotel.

Since it was an important time in their life, Jordan planned a surprise staycation at the same hotel a few years later. He proposed the next morning on the rooftop terrace - and she said yes! 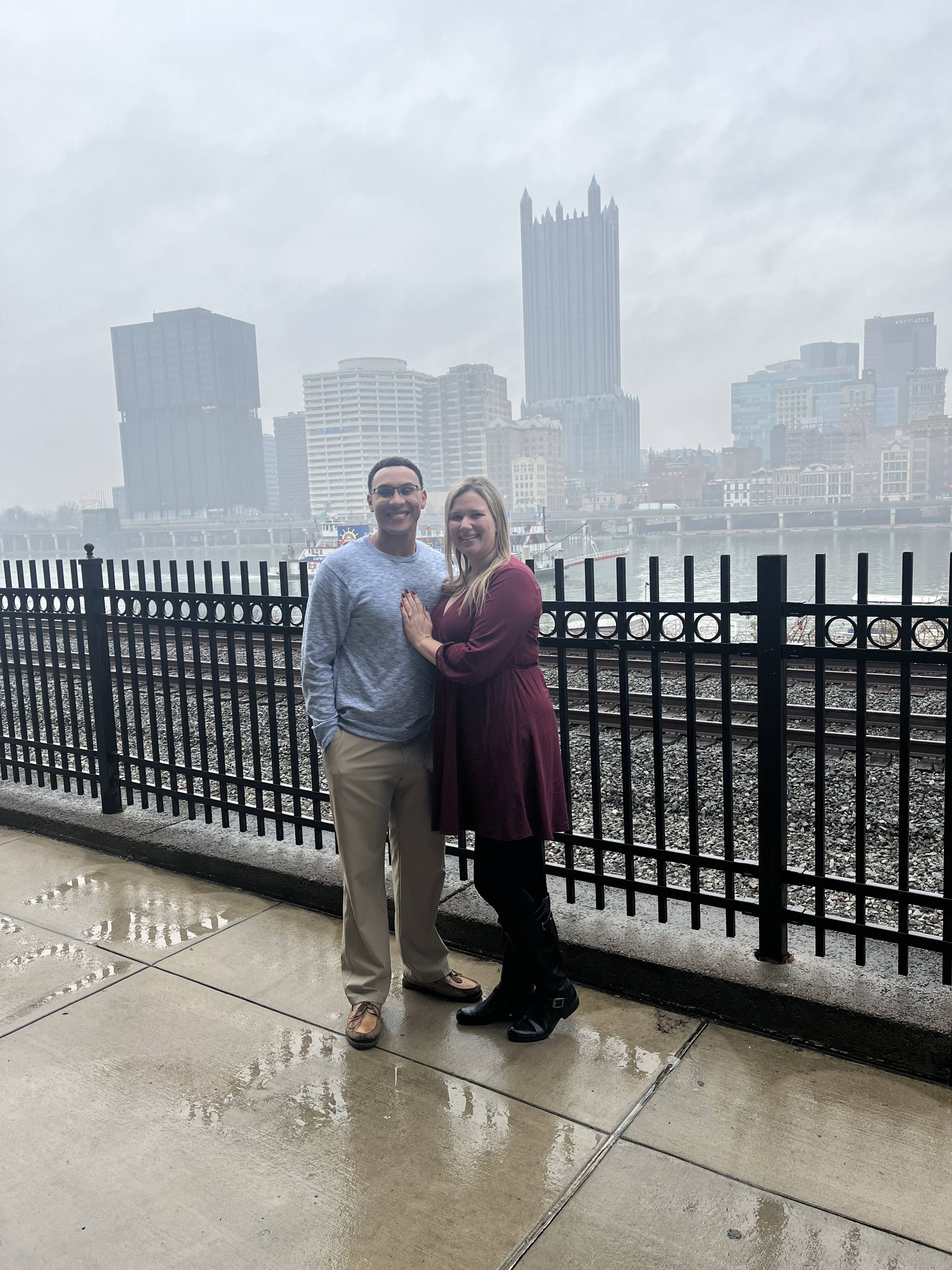 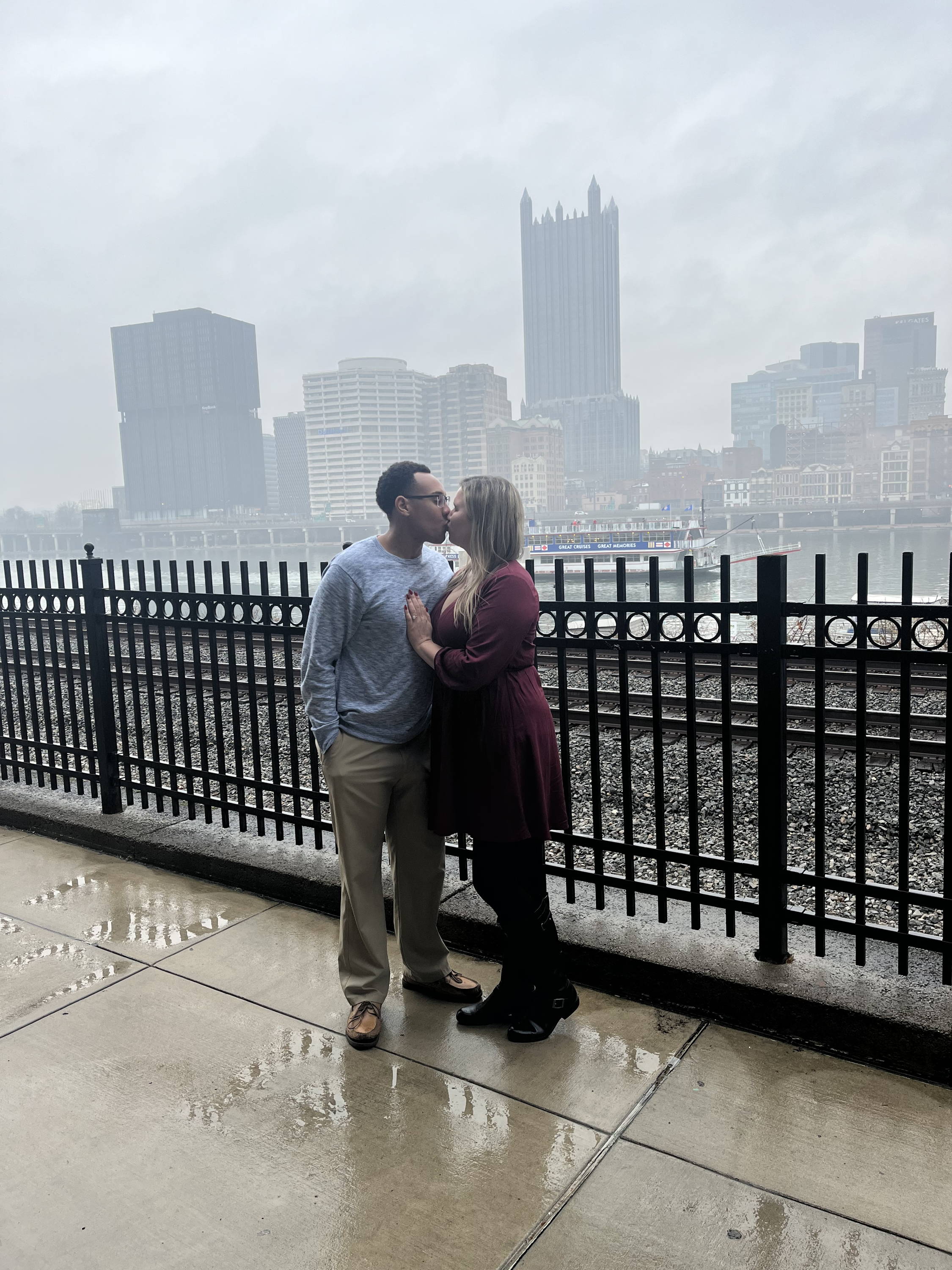 Jordan wanted to support a local business when shopping for engagement rings.

At Henne Jewelers, he was able to design a ring unique to Lauren by picking out the setting and the diamond. In the end, he chose a beautiful oval center diamond set with a diamond halo and diamonds on the band in 14K white gold.