Aly and Matt met at the home opener for the Pittsburgh Pirates in 2016! (not baseball fans, but love a good tailgate).

They went to the Getaway House for their four year anniversary and when they arrived, Matt told Aly that she had to put a blindfold on and not to peak. He had a painting done by local Pittsburgh artist, Baron Batch (which Aly has been wanting for years). The front was an elephant because they’re her favorite, but when she turned over the painting, it said “Marry me”. 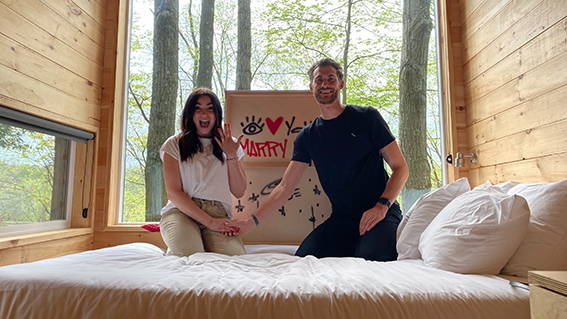 Aly and Matt plan to have their wedding in the fall of 2021 in Pittsburgh with family and friends!