Amit and Tina met in 2007 in a local Intensive Care Unit where Tina was a nurse and Amit was completing his medical residency. Unbeknownst to Tina, Amit had a “crush” on her. He would frequent the ICU often so he could catch a glimpse of the schedule to see when she worked next; however, he never quite understood how to read the schedule. They don’t teach that in medical school!

In December 2007, Amit and Tina ran into each other at a Christmas party. They became the best of friends and enjoyed each other’s company until they officially started dating in May 2008. In 2010, Amit completed his medical training and returned to Canada related to visa restrictions. It was then that they opted to go their separate ways. After all, being from two different countries and two different cultures didn’t seem very promising. Boy were they in for a huge surprise!

Amit returned to the U.S. multiple times in 2011 to visit and eventually accepted a position at a local hospital in 2012. Despite their cultural differences and the many obstacles they faced, Amit and Tina reconnected and got back together. Things were complicated, everyday was a battle, and they both thought love shouldn’t have to be this difficult. In April 2014 they once more surrendered, waving their white flags high, and went their separate ways. They saw each other occasionally and still talked now and again trying hard to maintain the friendship they once had, but it was painfully difficult. Cue divine intervention.

In October 2014, Tina found out she was pregnant. Although it took two and a half years, their son (and God) brought them together for good. They not only celebrated his life, but also their families’ acceptances. The couple bought a home in 2017, and Amit proposed to Tina on her birthday in September 2018. They recently tied the knot and couldn't be happier. Tina shares that her motto has always been that God gives us what we need when we need it most. Their love story may not have been perfect, but His timing has definitely proven to be.

Amit was referred to Henne Jewelers by a fellow physician years before he even thought about proposing. He had purchased multiple pieces from them over the years, including a sapphire and diamond band he purchased for Tina in 2012. Henne has a reputation for great jewelry, which leaves a lasting impression. They are synonymous with luxury and style. The atmosphere is welcoming, and the service provided was always above and beyond Amit and Tina's expectations!

It was only appropriate to return to Henne for one of life’s biggest purchases! Amit worked with Henne to hit a home run with Tina's gorgeous 3ct brilliant cushion cut, platinum-mounted engagement ring, complete with diamond accents! Tina continues to be floored by its beauty every time she looks at it, which is quite often! Tina envisioned it coupled with a stunning rose gold, diamond infused ring wrap inspired by the Indian culture - specifically designed to blend the traditional Western engagement ring with the regal flair of Amit’s Indian culture. Henne brought what she had envisioned to fruition a thousand fold. 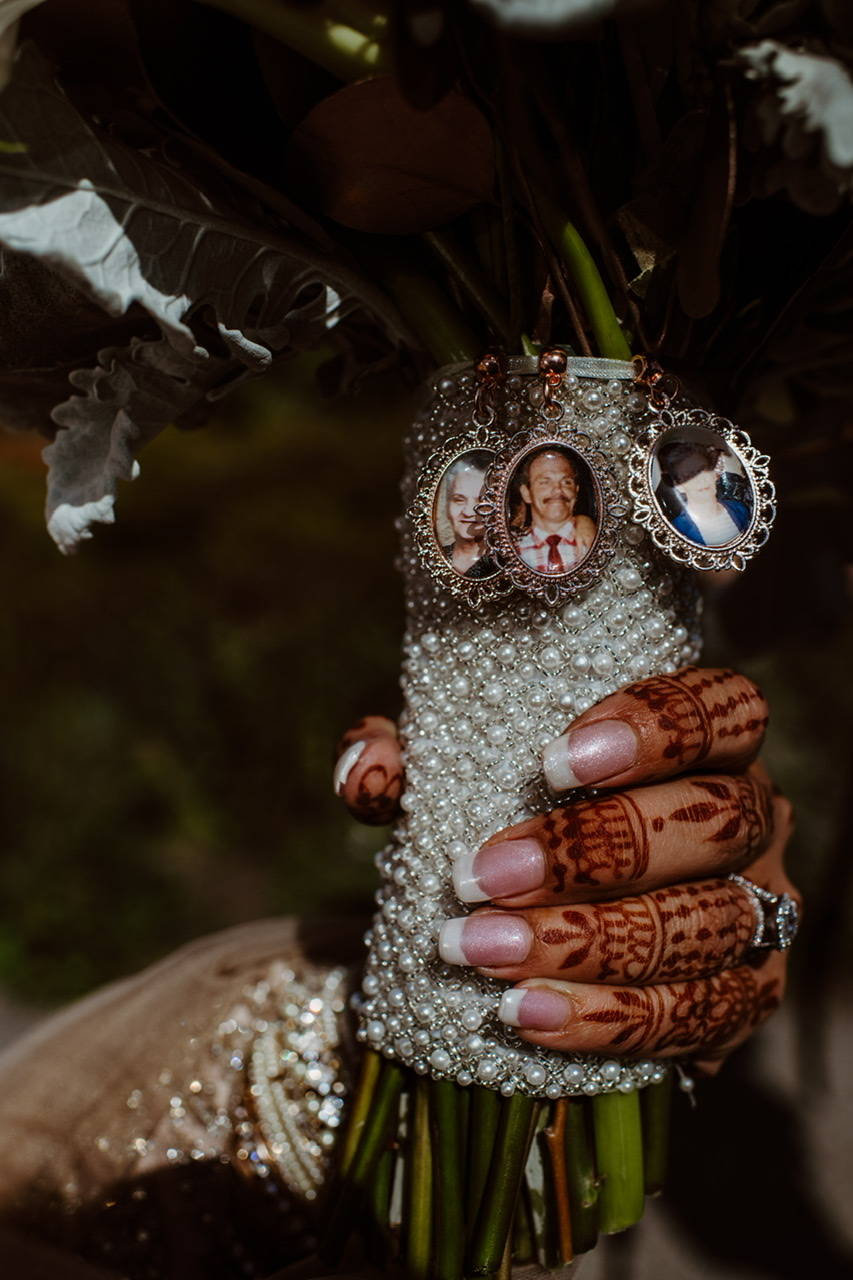 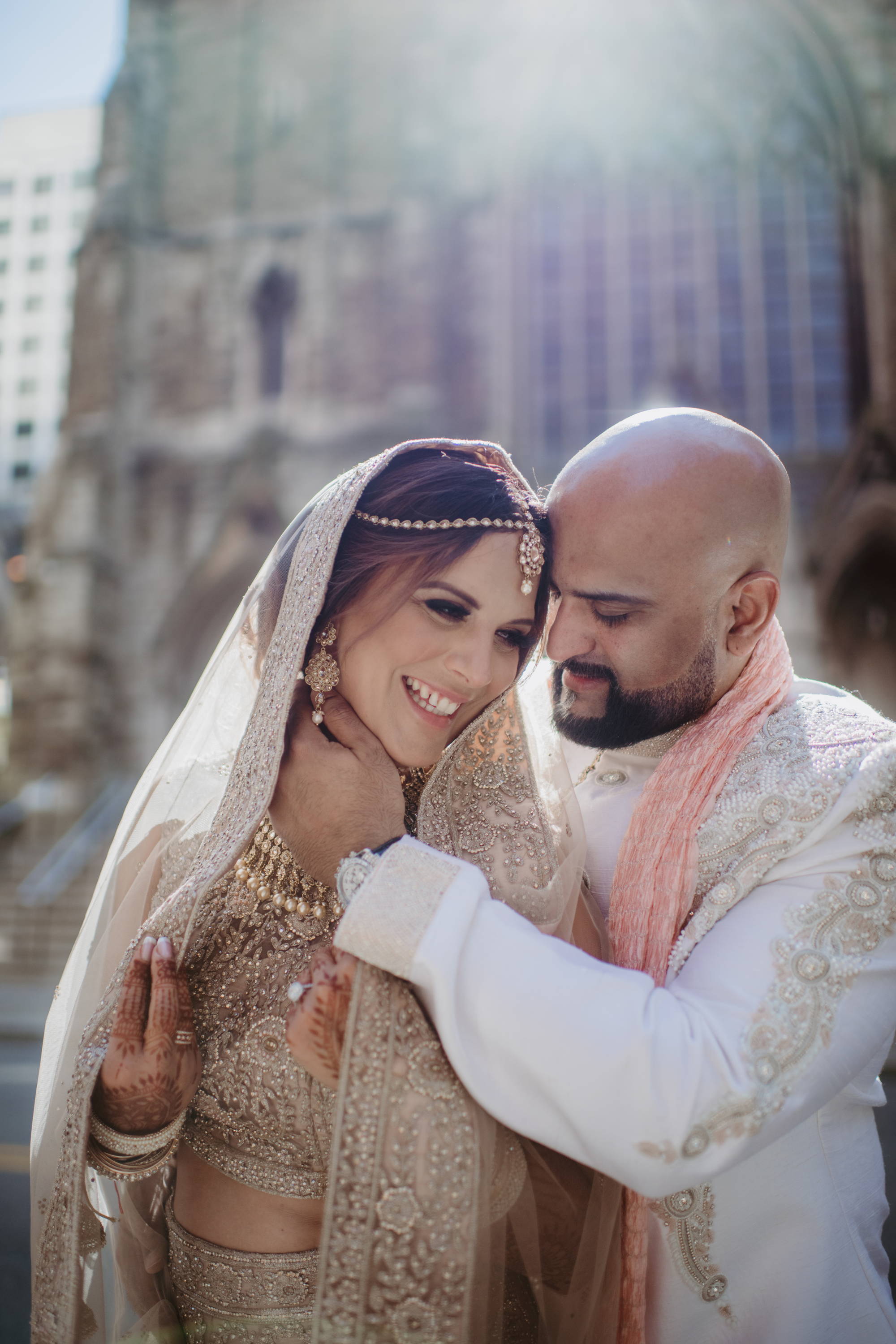 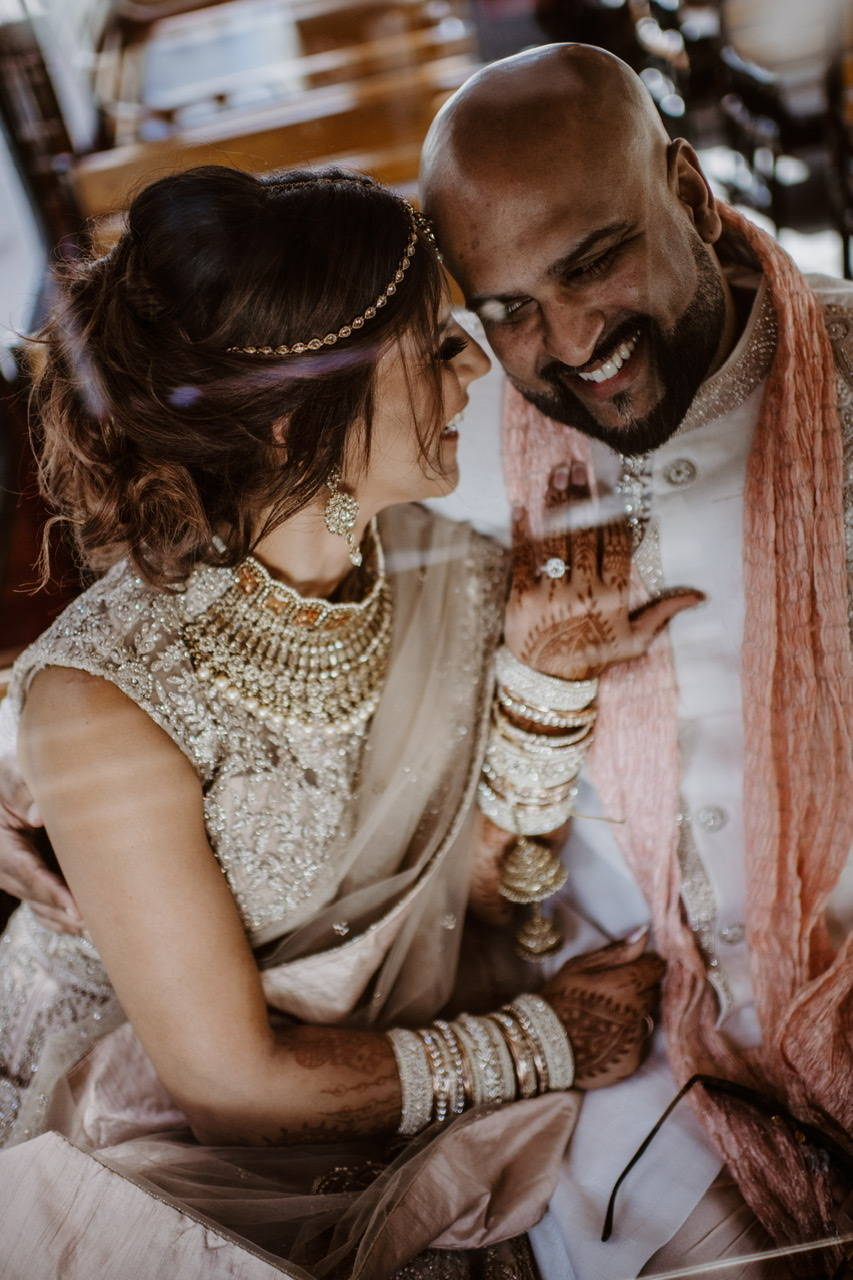 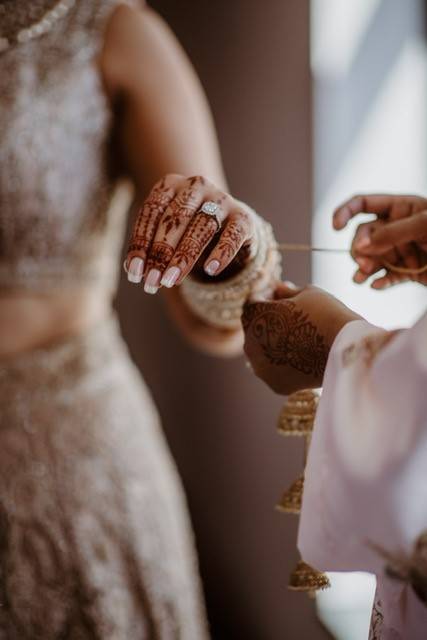 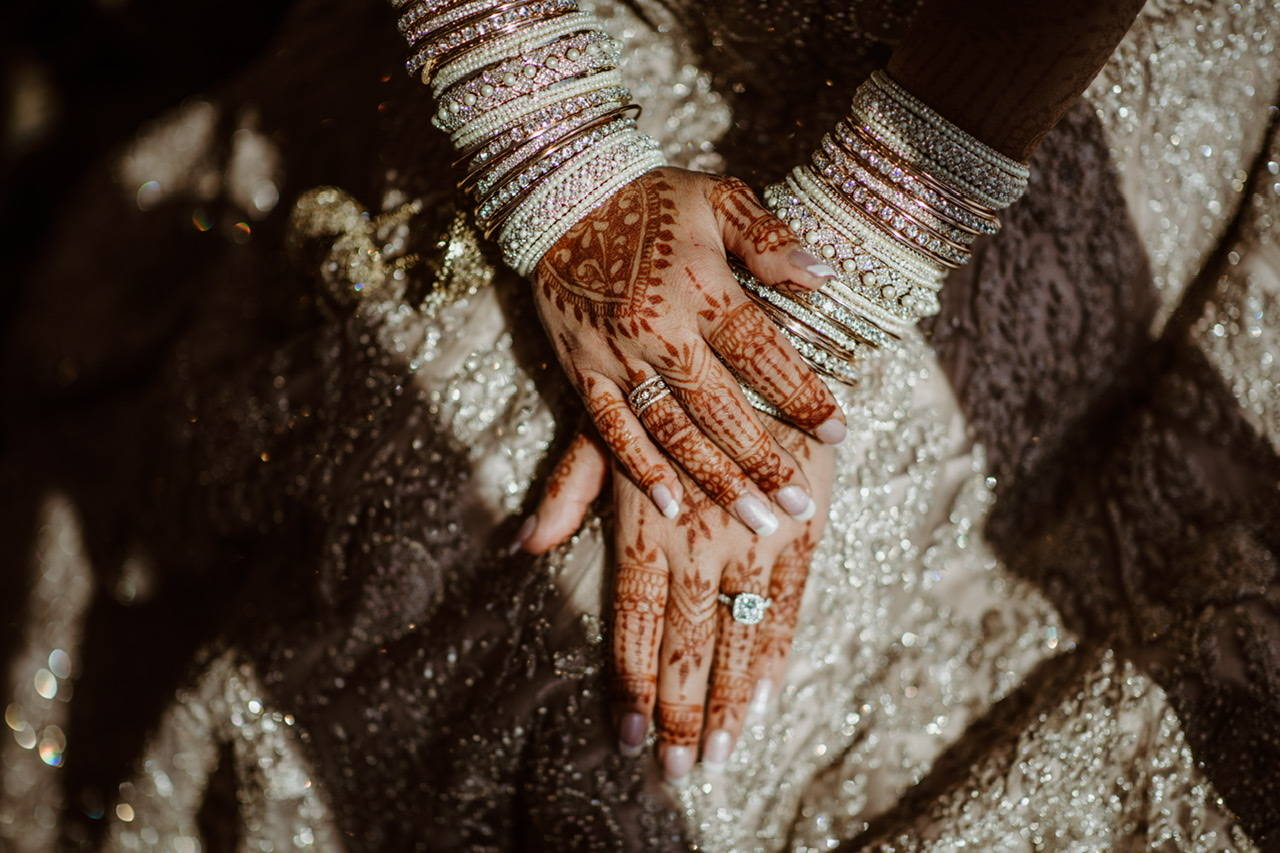 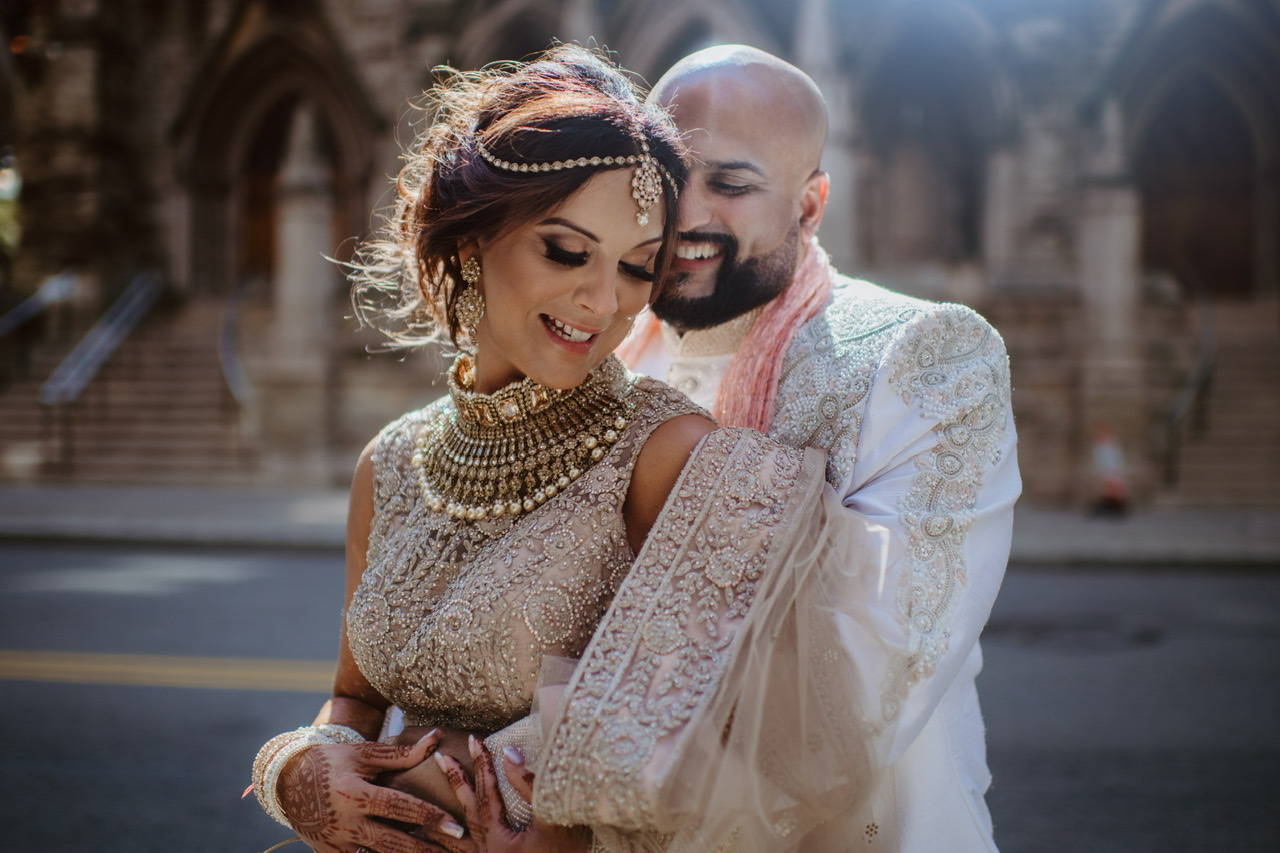 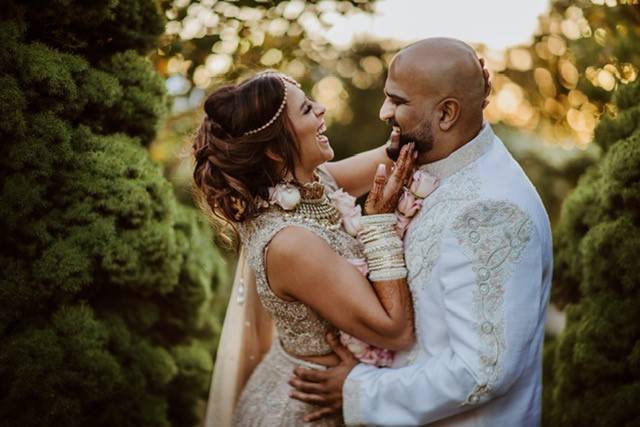 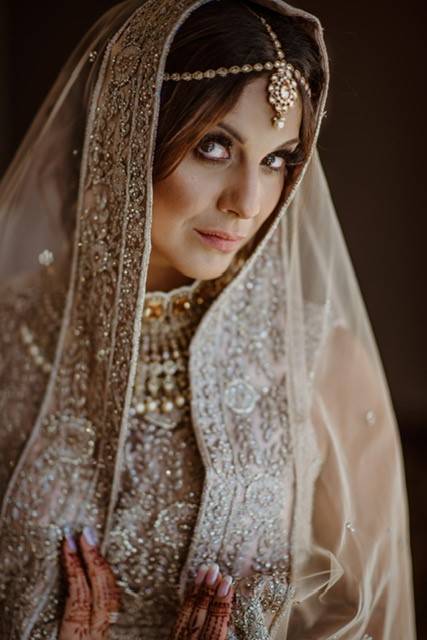 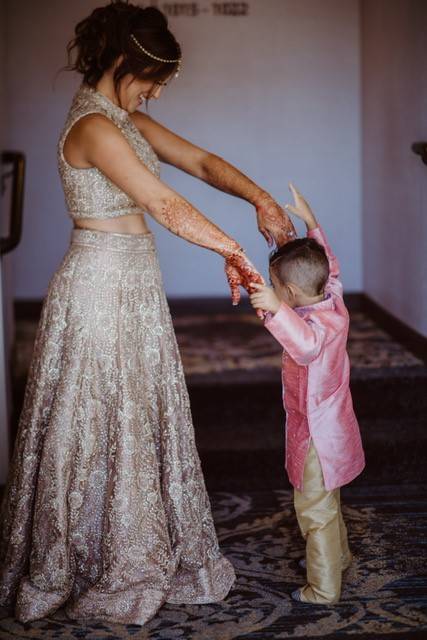 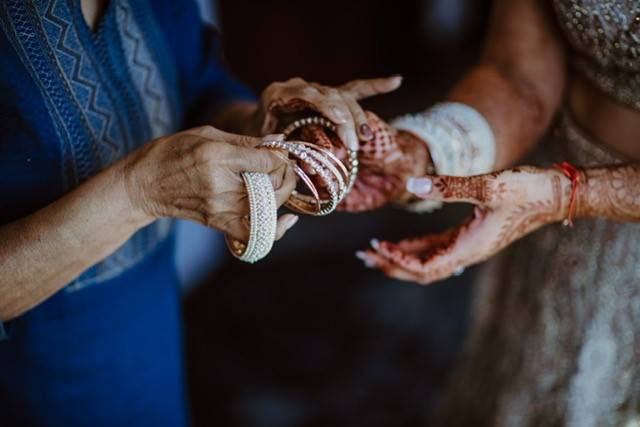